Pininfarina presented two concept cars at the Geneva Motor Show, the EF7 and the H600. The first being a supercar and the second, a luxurious hybrid saloon made for the Hong Kong Hybrid Kinetic Group (or HK Motors). It receives the name of H600 and although it is not the most original creation of the illustrious study of design is of enormous elegance. 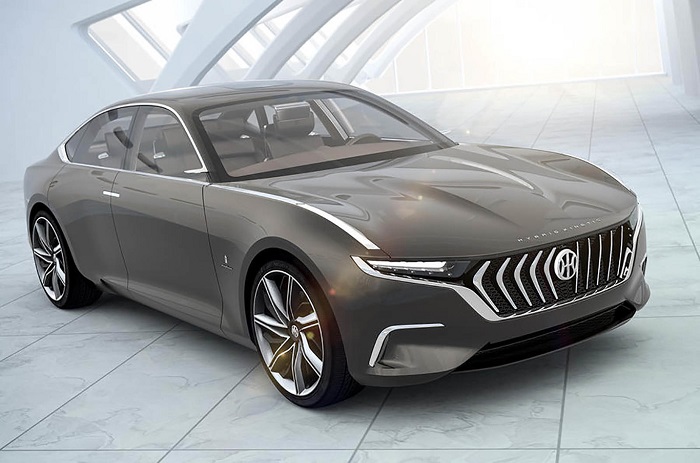 This concept car has a hybrid system consisting of “electric motors” and a “microturbine”, we assume that it is gas as in the Jaguar C-X75, which allows powering electric motors. Pininfarina speaks of a power of 600 kW (more than 800 hp) and from 0 to 100 km / h in 2.9 s with an autonomy of more than 1,000 km. Pininfarina or HK have not given any further details about the H600’s propellant.

We are going to say it from the beginning and we can forget about it. Yes, the calender and the front are very reminiscent of the latest Maserati models, such as the Levante. It’s not that it’s anything negative in itself, it’s just not as original as one might expect. Even so, it is a preferable approach to excessive originality because yes to Italdesign Zerouno …

The rest of the car is much more impressive and reflects the talent of Pininfarina, because all are smooth lines that give fluidity to the design and express the power of their electric motors. In fact, it is a more original approach than the rest of the creations we see lately where designers multiply textures and intermix surfaces.

With that natural elegance, the car does not seem to measure 5.20 m long nor 2 m wide, but yes, it measures them. The body is made of aluminum, but even so, between the turbine and the batteries, the car weighs 1800 kg.

On board, the H600 shows more originality. Pininfarina describes it as a “lounge”. And so the seats seem to suggest, well, the individual seats. The design of the seats themselves, the brown leather, the metal and the wood that combine in the interior gives a seventy air that allows you to stand out over other luxury creations.