The power surge in all segments of the car is unstoppable. In the last two decades we have seen how the numbers of horses have been growing by hundreds despite the different trends in typology of motors we have been living, hybrid and electric included.

Even downsizing is not stopping that unstoppable war by having “the most powerful yet” and, in fact, that is not something that worries us too much. The turbocharged mechanics make it easy to extract a lot of cavalry to theoretically small blocks in cubicle, something unthinkable only 8 years ago.

In addition, the electronics applied to modern cars allow the power to be dosed and, except in some specific cases, it does not appear that the excess power is confronted with the dynamic part of the car.

The most extreme example of this tendency to lower cubicle and more turbo-based horses is found in the BMW M550d that BMW unveiled last week. It is possibly the most advanced diesel engine on the market, so nothing better than compare it with the engine of identical power of the M5 E39 to understand the differences between them and relative how the power has evolved. 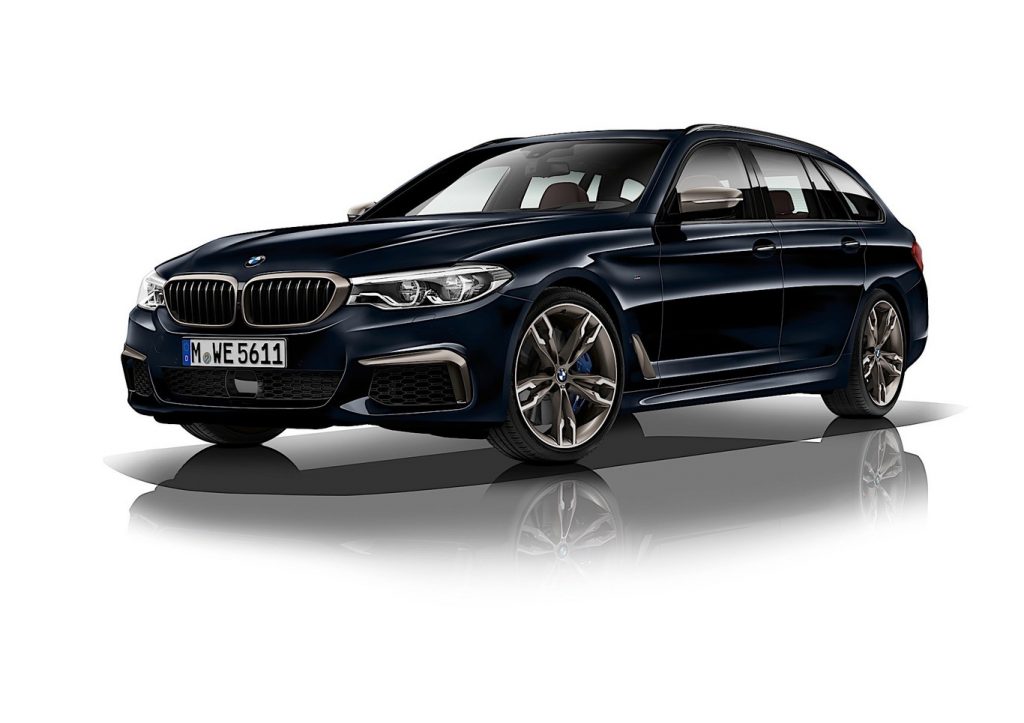 For the first time this engine incorporated electronically controlled valves , which allowed its opening and closing in only 120 milliseconds, as well as double Vanos system. It was also the first time that the M5 mounted the “Sport” button on the dashboard, which was able to make the accelerator treadmill reactions more immediate, an element that has remained alive to the current versions.

That M39 E39 generated some controversy among BMW M enthusiasts because it was a break with the previous six-cylinder engine architecture that was so ingrained in the BMW brand. As with the M3 afterwards, not everyone saw the M5 riding a V8 engine, so it had some detractors.

Today no one puts the cry in the sky because BMW mounted in the Series 5 the diesel engine of four turbos that already had tried with success in the Series 7. That atmospheric V8 engine is a simple toy of novice engineers compared to the complicated block of the M550d .

We speak of a six-cylinder in-line and 3.0-liter displacement with four turbochargers . These four “Multistage” turbochargers are divided into two sizes: in the high pressure stage two small turbos with variable turbine geometry integrated in a single box are responsible for supercharging.

All this makes the performance of both models are also curious. While the M5 E39 took 5.3 seconds to pass from 0 to 100 km / h, the new M550d does it in 4.4 seconds for the saloon (4.6 seconds for the familiar), almost a second less timetaking in Says that the new model will weigh around 1,750 kilos and the old one weighed 1,795 kilos.

We speak therefore of cars that share power figures, belong to the same family but hardly keep more similarities with each other. Two models of high performance that will surely fall in love with those who drive them. The first, the E39 because of the way he had to deliver the power and noble character with which he delighted if you were not too impetuous with his right foot.

The modern M550d for being able to leave you glued to the seat from only 1,000 RPM, achieving acceleration figures worthy of the best supercar in a body that has room for an entire family with luggage and fuel consumption worthy of utility. Times have changed, cars too and it is best to adapt to this evolution. What will be next? One turbo per cylinder? We’ll see.