Have you ever used one cellulite cream to end that fat stored in buttocks, hips and thighs? The OCU has just completed a study which asks whether these cosmetics are really effective in our skin. We give you some data.

Almost all women suffer from cellulite on thighs and hips, a real workhorse against which many of us try to fight.

We are referring to the accumulation of adipose tissue, forming nodules of fat, water and toxins, which can be located towards the lower half of the body.

Of the three layers of fat that make up the skin, cellulite develops in the shallowest known as hypodermis. In this area impaired circulation that is capable of causing an increase of adipose cells, resulting in fat tissue growth and thicker along the side walls form a kind of dimples is generated. 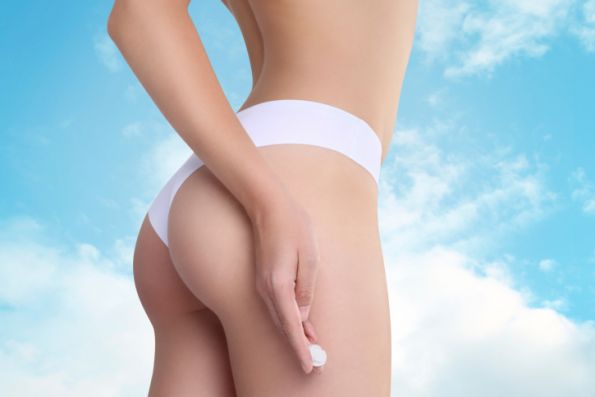 In the months before the summer, many of us do everything in our power to end that unsightly fat accumulated. For this we turn to the many creams that we can find on the market as a weapon to ward off that happy cellulite. But what efforts are worthwhile? According to the latest study by the OCU (Organization of Consumers and Users) it is not.

Effectiveness of anti-cellulite creams according to the OCU

After studying a total of eight anti – cellulite creams you come to the conclusion that “have a very limited and temporary shallow effectiveness.” The latter means that much effort put you apply yourself when this type of cosmetics on the area of localized fat, not get even half of the promised results.

Some of the active substances most used by the most recognized creams market are, for example, Gingko Biloba to improve vascular tone and the microcirculatory Carnitine involved in the metabolism of fat, Vitamin A as retinol or C its antioxidant properties or Ruscus aculeatus to improve lymphatic drainage.

However, other components such as escin for fluid retention, actually has very little use, since their use to oral and topical not reduced. At the same time, lack of rigorous studies on cosmetics caffeinated determines their success, since there is no evidence that it can reach the adipose tissue cells.

The OCU has no doubt remember that one of the resources used to demonstrate the supposed efficacy of these creams mention goes through tests or test .However, the classics asterisks typically marked in such documents derived, as stated in the organization, “sensory test of consumer panels”, where the effects of the creams and their properties were evaluated.

Similarly, the OCU reminds us that firms responsible for launching such creams promise to reduce dimensions determined by exposing “extreme values obtained in unreal situations”. Nor hesitate to determine that the images displayed on the packaging of products, rather than necessarily represent real women; they seem drawings that symbolize the results that could be achieved with its use.

Before disappointments, according to this study, many women show after using these cosmetics, opt for other solutions in the form of aesthetic treatments such as liposuction, radiofrequency, cavitation, endermologie and mesotherapy.

However, you can also bet on healthy habits as a balanced diet rich in fruits, fiber and vegetables, exercise regularly for a more toned muscles, avoid snuff and stay hydrated by drinking a minimum of about two liters of water a day.