Studies have been demonstrating in recent times: consumers increasingly use more and more adblockers and the penetration rate of them is increasing. The numbers show usage rates of these indicate increasingly high amounts of Internet users around the world who receive publicity because they have nipped in the bud and some data makes the issue even more disturbing when analyzed facing the future.

One of these data is indicating that if the use of adblockers is not higher is simply because consumers who do not use do not really know that this is possible. A recent study confirmed that half of Internet users who do not use adblockers because it does not know you can do, to which must be added 13.9% who did not used because although he knows it is possible todo not know exactly how. This creates a rather complex situation and quite delicate for media and advertisers, because it creates a kind of set of ‘consumers waiting’ that at any time can be given to adblockers.

Another such data, and possibly the most is taking now the dream and the media brands, is the increasing weight that the adblockers in the mobile environment. Consumers are increasingly fed up with advertising on these devices and are increasingly determined to eliminate it. 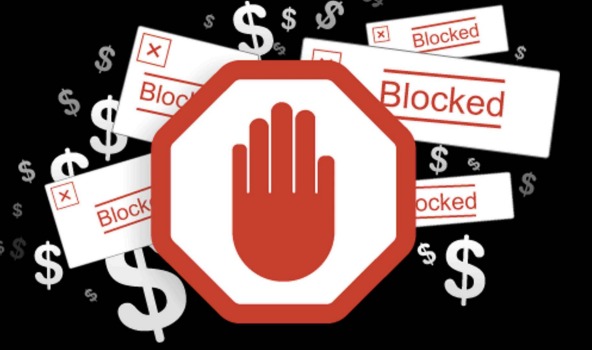 According to recent data PageFair, more than one fifth of smartphone users worldwide are already using adblocking systems on their devices. The figures are not only important for the amount shown, but are also other issues that reveal more. In the past year, the number of users that have been launched to use adblockers on their mobile terminals has doubled in record time. The figure also is very much in line with the general market and the growing importance of these tools (according to the same study, now 419 million people use adblockers, representing an increase of 90% last year).

The weight of the mobile adblockeres is particularly striking in certain emerging markets. On the one hand, the most popular adblockers are creating UC Browser, an Asian firm owned by Chinese e-commerce giant Alibaba. Furthermore, the percentages of use in that market are very high.36% of smartphone users in the Asia Pacific region uses one of these tools, the most prevalent mobile adblocking in China, followed by India, Indonesia and Pakistan. This means that while Asia Pacific accounts for 55% of all mobile users in the world, is 93% of all those using mobile adblocking.

For Asia Pacific is also a lesson for the rest of the market, because even Europe and America are far behind those numbers are beginning to be threatened by them, and analysts expect that if the channel problems are not solved will the same fate.

Why the boom in mobile adblockers?

“People are installing adblockers for different reasons, many of which are unquestionably valid” points to Warc Sean Blanchfield, CEO and cofounder of PageFair. In fact, the boom of these tools in Asia Pacific is a kind of matter of survival. Consumers add these tools to their terminals in order to make better use their mobile data rates: ads make lose too much data.

The truth is however those consumers in that market are not the only ones being affected by this reality and therefore are not the only ones who can be attracted by the idea of saving their mobile bandwidth by eliminating at a stroke the ads. According to a recent study, the ads are behind the consumption of between 18 and 79% of all data in the mobile internet connection. The study concluded noting that half of the connection fee mobile internet goes directly in connection costs of advertising.

To this must be added that consumers see so increasingly critical these ads and this type of content. A study of GlobalWebIndex noted that consumers consider mobile advertising is not only annoying but also irrelevant, while the accused to interrupt the browsing experience. The figures are much tougher when specifically analyzes youth, pointing directly that mobile advertising is the most annoying of all.