Perhaps the only outstanding feature that Facebook Messenger lacked was the ability to have group video conversations and have finally come to the app. Two weeks into the year, one of the most popular messaging services on the planet finally has the ability to connect large groups of people in a video call.

Group video chat is, of course, free. You can see six people at the same time on the screen, but here the thing gets interesting, until another 50 friends can join and decide if they just want to listen, join the conversation by voice, or be on camera. Once more than six people enter the call, only the person speaking at that time will be shown on the screen. 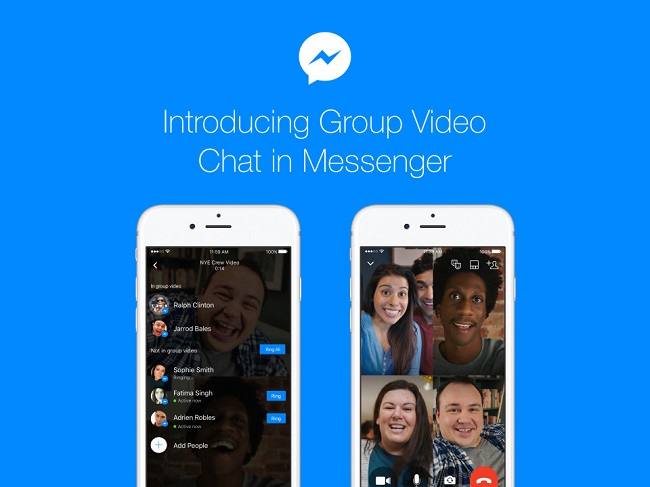 To start using group video calls you must have the latest version of Messenger that will be coming to iOS first, and soon Android. Once you have updated your app you should just jump to any group conversation or create a new one and touch the video icon that will appear in the upper right corner of the screen.

Once the group is notified, each person decides how to enter with a click. You also have the option of ringing the phone of a specific person instead of the whole group.

No longer does Skype live the man

We are far from the days when Skype was the only point of reference in the world of videoconferencing. Google with Hangouts offers a great alternative, and on the side of platforms for management teams, Slack himself added this feature very recently. That the Messenger of Facebook was next in the queue, not surprising, but it puts more pressure on the competition, where more and more participants are better.

Facebook has been working hard on Messenger this year. The platform has received an update, after updating during 2016. A month ago tried a system of public chat rooms, two months ago the Windows 10 apps finally received calls and video conferencing, in October they announced that you could pay with Paypal through the App, brought a game platform to the messenger, and implemented the secret chat. What better way to close the month than with group video calls.