The results of the investigation leave a clear social alarm: Are you a woman and do not do sports? You are 71% more likely to have breast cancer. A headline that, without a doubt, should not keep you out.

A risk of contracting breast cancer that is exacerbated exponentially when compared to women who practice sports and follow the international recommendations proposed by the WHO in terms of physical activity. 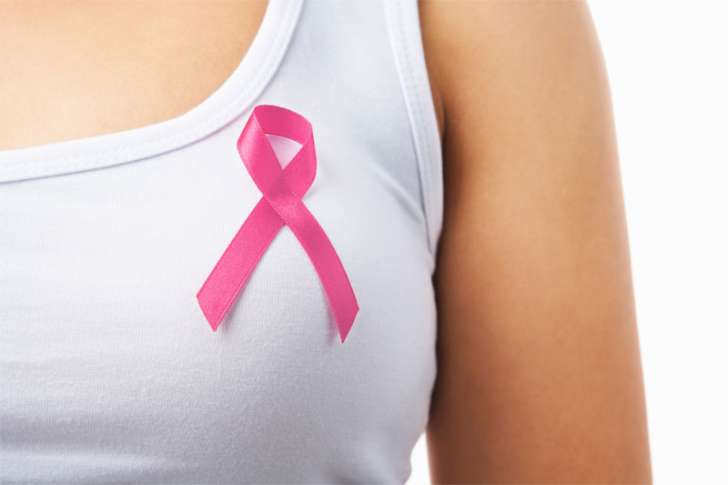 Recommendations of the World Health Organization (WHO)

If you are a sedentary woman is the perfect time to change the situation. According to WHO recommendations to avoid propensity for this type of disease, the adult population should perform a minimum of 1 50 minutes of physical activity per week (moderate and in ten minute periods) or 30 minutes of intense walking a day (at a good pace).

Preventive advice to take into account in pre and postmenopausal adult women to prevent the appearance of this type of tumors constantly increasing among the female sector.
To be aware of the boom that has suffered this disease we can tell you that one in eight women will develop breast cancer throughout their lives , becoming part of the 26,000 new cases that are diagnosed each year in our country.

We were aware of studies that warned the benefits of physical exercise for many types of cancers and, until recently, we were moving in jobs that predisposed up to 40% less chances of having breast cancer through sport.

This time, the epidemiological study carried out by the Geicam breast cancer research group and presented by the researcher of the Carlos III Health Institute, Marina Pollán, in the company of the oncologists Miguel Martín and Ana Lluch, has been a pioneer in the work to take into account factors such as the HER2-positive subtype , among other tumor subtypes. The results have been revealing.

The research involved 23 hospitals in nine autonomous communities, tracking a total of 1,017 women aged between 18 and 70 years, most of them newly diagnosed breast cancer.

Another difference with respect to the great majority of studies of this type carried out, where the participants were always postmenopausal, is that on this occasion 50% of premenopausal participants have been followed up , thus being able to contemplate the true repercussion of physical exercise in both groups of women.

The results of work

For each woman with breast cancer, compared to another healthy woman with physical similarities and same age, starting from the physical routine that each one followed to know the metabolic expenditure to which they were exposed weekly, based on the recommendations established by WHO.

After dividing the group of women studied into three subgroups: those who fulfilled the recommendations, those who exercised but did not meet them and those who were totally sedentary, it was concluded that the third subgroup of candidates was 71% more likely of getting breast cancer .

“Supervised aerobic physical exercise has been shown to be a safe, feasible and effective adjuvant therapy to improve numerous psychological and physiological aspects in women with early stage breast cancer. Exercise acts in an integral way both during and after treatments, increasing patients’ quality of life, reducing fatigue and levels of depression, improving cardiovascular capacity, functional capacity and strength.”

“We found no difference between the tumor subtypes, although we have detected that the protective effect is slightly greater in premenopausal women” – Dra. Popoll

In addition, the results corroborated that the preventive effect of physical exercise was even greater in the cases of women with HER2 positive breast cancer and those with hormone receptor positive than in those with triple negative tumor that do not express receptor.

It was also detected that the protective effect is greater in the case of women without children and premenopausal than in the postmenopausal patients, who would have to resort to a somewhat more intense exercise to achieve the same degree of protection.

The subtypes identified based on molecular analysis include …

Other works support the thesis of protection of the exercise

This is not the only work that concludes the benefits of physical activity in the fight against breast cancer. Dr. Lluch herself spoke about a study of the Dana-Farber Cancer Institute in Boston, presented at the San Antonio International Congress (conclusions), where it was concluded that 180 minutes of weekly aerobic activity or 40 minutes of intense training decreases up to a 50% risk of relapse in women newly diagnosed with breast cancer.

“This is a small study but it has revealed important conclusions, since 50% of the women who participated reduced their risk of relapse when they practiced physical exercise” – Dr. Lluch