A few days ago we came to some queries about protein shakes, consultations that showed that milkshakes were harmful in every way, and that they feared for the health of those who took them. This gives us to understand that much of society does not know that they are actually protein shakes.

We have seen cases where couples, friends or relatives of many people taking protein shakes are believed to be taking something like steroids, anabolic or just something harmful to their health, and asked to stop taking them immediately, why? Do these people know what protein shakes are? 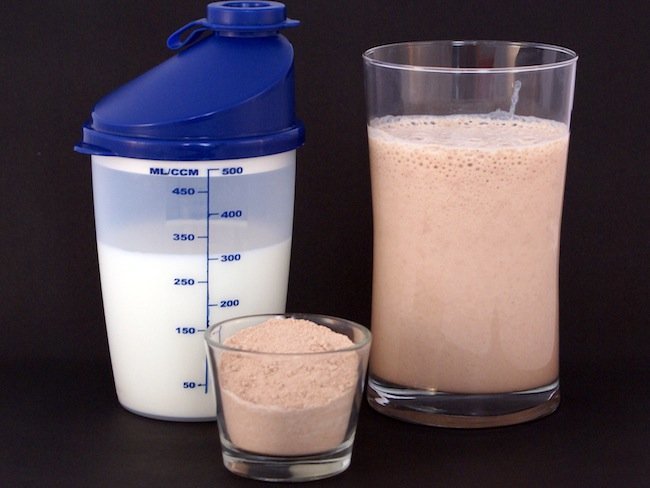 What are protein shakes?

Before starting to talk about what the society thinks about protein shakes we want to do a little review of what this protein supplement really is. Although it has been talked about many times, it never hurts to clarify it again. resolve doubts that may still exist.

Protein shakes are food supplements, i.e. they are basically powdered food with a very high percentage of protein and a low and no fat percentage, and a variable amount of hydrates that is usually adapted to the target to which it is oriented the supplement (definition or volume).

There are basically three different types of protein shakes depending on the source from which these proteins are obtained, which may well be milk whey , egg white or soy , but whatever the source, the three are very high protein biological value, very healthy for your body, health and muscles.

A lot of society thinks that protein shakes are a way to gain muscle without having to do anything , since they think they are a kind of chemical drug that only by taking them swell the muscles in a quick and simple way, something like the steroids.

This is certainly due to lack of sports culture and because they know that all bodybuilders take among other things protein shakes, like so many people who go to the gym and have a very toned body, and society believes that this is mainly due to the use of protein shakes.

Milkshakes are nothing more than proteins isolated from milk, soy or eggs, so it is as natural as eating a chicken breast, hake, a serving of grilled octopus or shrimp, for put some examples, but in a much faster, simpler and cleaner way. It is not more than that.

In addition, society thinks that shakes are very harmful to health and that they are destroying you inside, simply because they are not natural, and yet you are told with a coke in your hand, a palm tree chocolate or even a cigar in the mouth, and yet they do not tell you anything if you eat a tortilla of 3 egg whites and an egg with turkey, which at the base is the same.

Phrases of people who do not know what shakes are

We have collected some phrases from internet forums of people who ask questions and some answers from “expert” users in which they say things that do not make much sense, since none of them is true, nor have any basis, after each sentence we make a comment to it:

Benefits and when to take them

We think that without shakes you can get very similar results, so we think that to start taking them it is better that you take some time training in the gym and you need to take some more protein at the appropriate times for it (tomorrow and post training).

Annotation: If you think milkshakes are miraculous then you are more lost than people who think they are harmful. Musculature is gained by training disciplined and intensely and with a diet rich in protein, if you do not do the first thing it does not make sense that you do the second and much less that you take shakes.