Much has been said and discussed about this “modern” nutritional style adapted to the diet followed by our ancestors and, I say nutritional style, because, despite what may symbolize its name, the Paleodiet is not a diet as popularly today we know, but a nutritional plan based on the oldest food of the human being.

To resemble, currently, the food that our hunter-gatherer ancestors wore, this plan is based fundamentally on eliminating certain foods from the current diet such as: cereals, dairy products, refined sugars or processed products. But, is our body still genetically adapted to Paleolithic feeding?

If we look at different authors, these bases can follow different patterns of incidence or importance, placing greater emphasis on some restrictions or others; but in general, the paleodiet surrenders to these pillars. A style of eating that does not require specific foods, nor specific grams (that is why we say it is not a diet) but the follow – up of specific eating patterns or patterns. 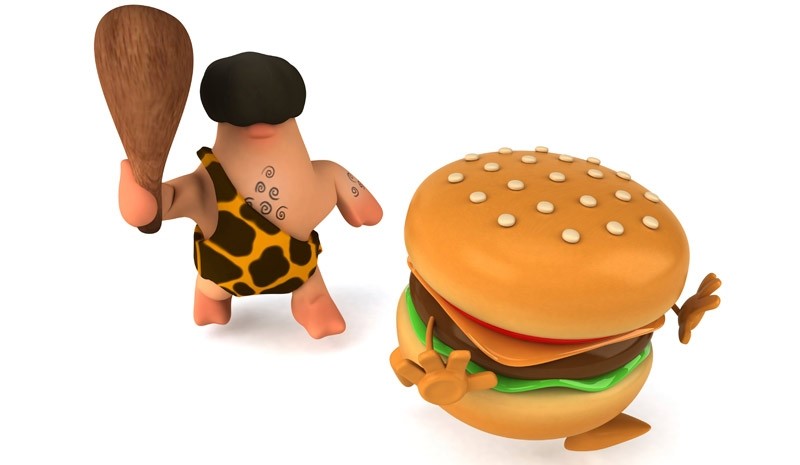 Birth and foundations of the paleodiet

If we go back to the decade of the 70s, the paleodiet arises from the hand of the gastroenterologist Walter L. Voegtlin, at which time it began to become popular and spread, being adapted and promulgated by a large number of authors and researchers. To put it that way, the beginning of the 70s was the birth of the nutritional movement that today we know, popularly, as a paleodiet.

A nutritional plan that is based on the consumption of fruits, vegetables, lean proteins, nuts, roots and seeds

Over the years, and attending to the different applications that followed the nutritional movement, science began to investigate possible drawbacks and benefits that represented a food plan with restrictions so important for the current era.
If we look, for example, at the nutritional relevance acquired by certain “modern” foods such as carbohydrates (which represent the first link in our current food pyramid), we can realize the striking nutritional change that comes to assume the paleodieta, plan food that restricts them in their nutritional base.

The premise of this nutritional plan is based on the intake of fruits, vegetables, vegetables, animal proteins, eggs, nuts, roots, oils of non-vegetable origin and seeds, fundamentally, and excluding other foods, currently overcrowded, such as cereals, dairy products, refined sugar and all types of processed oils.

Is our genetics still adapted to this food plan?

The explanation on which the pillars of the paleodiet are based comes from the hand of the human genetic predisposition acquired during a time that represents most of human existence. That is to say, this way of feeding was followed during a temporary period of more than 2.5 million years, a whole evolution, until the moment in which appeared agriculture that, only, goes back to about 10,000 years old.

And many will say: only 10,000 years old? Obviously 10,000 years are many, many, but if we compare it with the 2.5 million years during which man was genetically and metabolically gestated and used to this type of diet, really, yes, 10,000 years are little.
For us to make a more visual idea, if we concentrated all human evolution to a temporary year , man would have fed in this way for 364 days, at which time agriculture and livestock emerged and the patterns began to change.

I am aware that here lies the heart of the matter: is our body really, genetically, linked to this type of diet due to the many years that were based on it?

Does this mean that our body is really affected by foods that are nowadays recommended and massively included in our diet and for which we are not prepared metabolically?

If personally, despite not being a scientist or endorsed, had to answer this question, based on my own experience, I would say yes. And what’s more, I would say that we just have to take a look and see how our health has evolved, in general terms, during the modern era: the amount of intolerances that have arisen and, above all, the autoimmune problems, cardiovascular diseases and data from overweight of which we are witnesses.

The scientific evidence: Is the paleodiet really effective? For what or for whom?

But as my opinion or my experiences do not guarantee any theory, in a next post we will see what really matters: the scientific evidence. What benefits have been linked to this type of food plan, what kind of people can benefit from what this food provides or if, simply, we are facing a nutritional trend (with 2.5 million years of “fashion”) with no real background.