Many people have the false belief that the paleolithic diet or paleo diet is by definition a high protein diet where most of the calories and nutrients come from meat. This can be due to the disinformation that exists on nutrition in general and on the paleo diet in particular or that in the collective imagination we always think of the men of the Palaeolithic as lords with a spear in the hand. 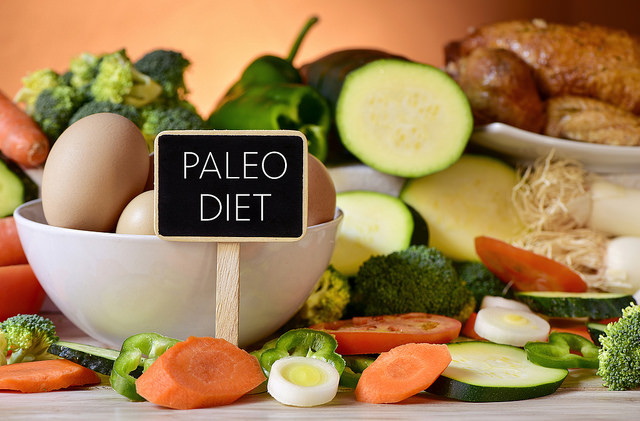 But we must not forget that in addition to hunters, Paleolithic humans were also collectors: indeed the paleo diet emphasizes the consumption of fruits, vegetables and tubers, along with seeds and nuts, as a source of carbohydrates. Is it a low carb diet then?

In a way it can be considered the paleo diet as low carb or low carb: in an omnivorous diet like the one that takes most of the population most carbohydrates come from cereals we eat in bread and pasta ( Among others) and also of sugar. By removing these foods (in addition to industrial products) from our diet, the amount of carbohydrates drops drastically.

Vegetables and fruits have a lower caloric density than cereals, flour and sugar, so to reach the same amount of carbohydrates you eat an omnivorous person would have to eat almost industrial quantities.

On the other hand, the paleo diet gives a greater emphasis on healthy fats like those from avocados, nuts and vegetable oils and also those of animal origin, which can contribute part of the calories that previously had come from Carbohydrates. In fact, in some proposals paleo diet (because currently there is no firm consensus on the percentages of macronutrients to follow) there is a higher percentage of calories from fat than carbohydrates or protein.

“Eat all fruits and starchy vegetables that can not” is the second pillar of the paleo diet for Loren Cordain , the father of paleo “modern” food. The paleo diet, therefore, does not have to be by definition high protein or low – carb , but it can be if we so decide.