Genetic engineering, food handling … are some of the maxims that prevail in the current diet. Almost all the foods that we consume have some variation or manipulation, since to obtain a greater production or a more perfected food it is necessary to subject them to this manipulation. This fact has generated a concern to consume foods as natural as possible, obsession is known as orthorexia and we want to analyze below.

First of all it is necessary to take into account that orthorexia is considered an eating disorder. Specifically, it was cataloged as such in the year 2000 by Steven Bratman. According to this scientist, this disorder is characterized by a pathological obsession with the consumption of totally natural foods, from an organic crop. Leaving aside the transgenic foods, treated with herbicides, hormones … are some of the characteristic features of orthorexic people. 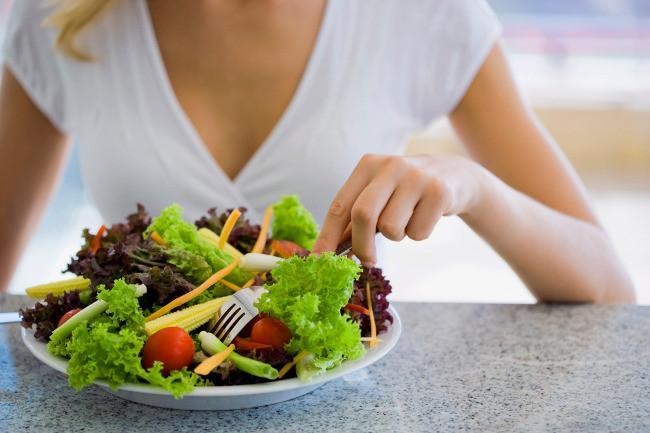 An approach to orthorexia

This growing obsession means that in most cases these people leave out foods such as meat or fat . Any food whose provenance is suspect is no longer part of the diet of these people. The food over which there is control over its production, cultivation, processing and marketing process will always prevail. Everything that escapes this control will be left out, which causes the nutritional spectrum of an orthodox person to be greatly reduced.

This obsession is based above all on achieving a healthy diet in which we improve health through food. The end of orthorexic people is good, since they seek physical well-being, the problem is when it becomes an obsession and ends up marking the way to eat and live to the point of becoming a doctrine of life that can not be exit certain parameters.

Keep in mind that usually behind orthorexia, as with most eating disorders , there is another set of psychological problems that can be treated. In fact, this disorder is already cataloged as a psychological disorder . Therefore we want to delve more into its characteristic features, the consequences it can have on our health and the factors that can lead to it.

In the first place it is necessary to be very clear that with orthorexia there is a clear difference with respect to the rest of the eating disorders . In the case of bulimia and anorexia, the concern of those affected is in the amounts of food consumed. In the case of orthorexia, it resides in its quality . This characteristic feature of this disorder makes it overlooked in most cases, because those affected do not stop eating or binge, just do not eat anything.

Healthy diet is more important than general well-being and social life itself. Diet is the axis of everything

Effects of this disorder in the medium and long term

Logically this type of behavior can end up having a series of results in our health in the medium and long term. Of course, people suffering from orthorexia often develop health problems , otherwise it would not be classified as an eating disorder. Contrary to what people who suffer from it think, eating only food that is free of doubt can be harmful to health and we can cause disorders in our body that will eventually take their toll.

A priori we can think that orthorexia is even healthy because it induces us to consume totally natural foods, but in the long run it is not like that , since the spectrum of food options ends up being reduced so much that we will hardly have alternatives to take to the mouth. This food monotony and this lack of different types of food will make us run the risk of being undernourished and malnourished.

The amount of food we can eat is greatly reduced, limiting the possibilities we have

Some of the consequences that can lead to poor diet are often anemia, hypovitaminosis or hypervitaminosis, lack of trace elements, osteoporosis, hypotension … The lack of vitamin B12 in these people is usually another point to consider. This causes psychological disorders such as depression, obsession, anxiety … For this reason we need to know that the damage can be high if we do not eat properly.

It is true that anyone can suffer from this eating disorder, but we are going to dwell on the most common traits in people who suffer from it, since there is a common denominator among almost all affected:

Some general considerations about orthorexia

Once we have a more detailed vision of orthorexia, we do not want to ignore some considerations that, at a general level, will help us to better understand this disorder that affects more and more people:

Worrying about maintaining a healthy life and a balanced diet does not have to trigger a disorder such as orthorexia . As we have seen, this goes beyond worrying about eating healthy and nutritious, it is about making all of life revolve around this. Therefore, it is good that we bear in mind the existence of a disorderof these characteristics that appears as a healthy behavior, and little by little it becomes an obsession . We must never lose the north in this of food. In the end we must eat as healthy as possible and giving the body what it needs to cope with our type of life.