Talking about Chronic Obstructive Pulmonary Disease (COPD) is talking about one of the highly incapacitating diseases if they are not detected and treated in time. Unfortunately, it is quite common nowadays, and is characterized by two versions: one that presents chronic bronchitis (with a prolonged cough with mucus) and one that presents emphysema(which will cause damage to the lungs with the passing of weather).

In addition to hobbies, physical activity can often be used as a treatment for certain diseases. And one of these diseases that can be treated by prescribing physical exercise is known as COPD (Chronic Obstructive Pulmonary Disease). 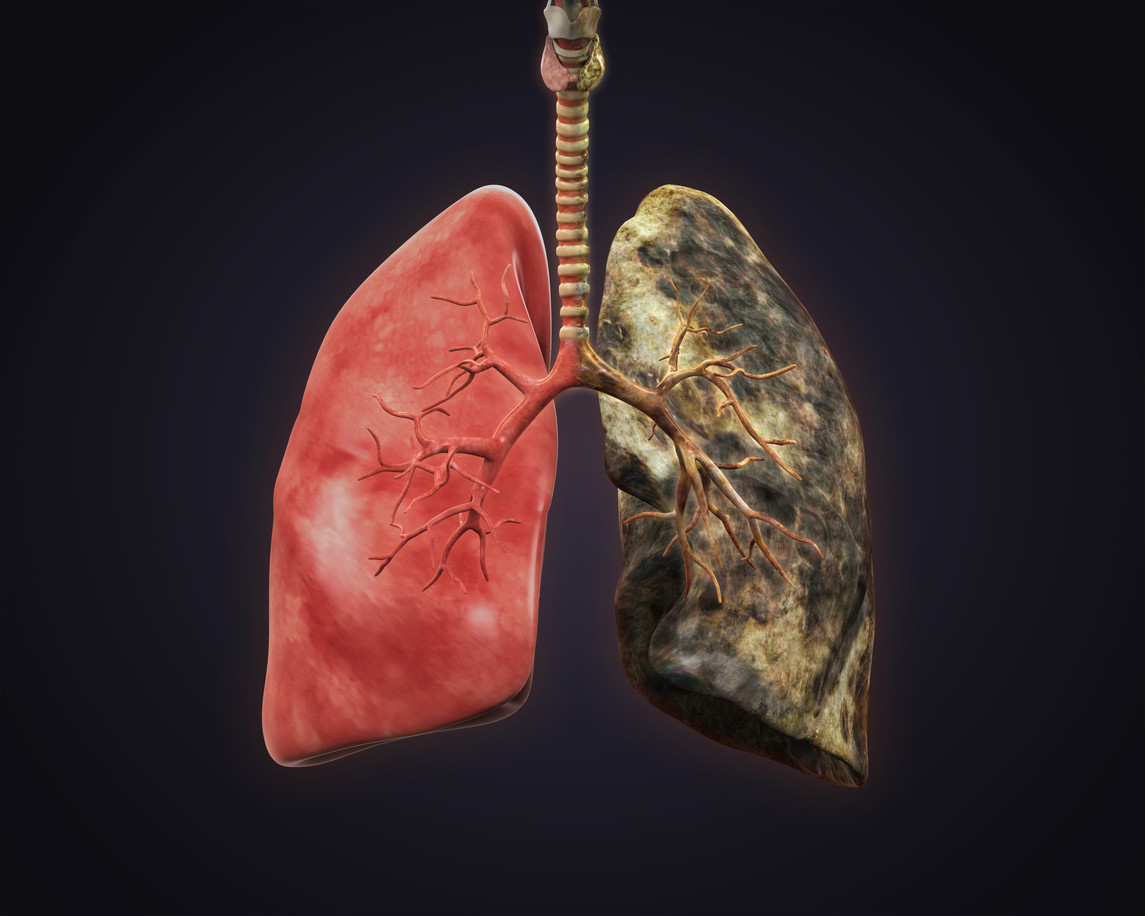 COPD is a lung disease characterized by a persistent reduction in airflow. Symptoms gradually get worse and dyspnea, which is persistent and initially associated with exertion, increases with time until it appears at rest. In addition, it is not always diagnosed and as a consequence it can be fatal. We can also find the references “chronic bronchitis” or ” emphysema” to talk about it.

Both forms of COPD (bronchitis and emphysema) can occur simultaneously in the patient or one of them end up deriving in the other. Therefore, it is very important to pay attention to possible symptoms in order to treat them as soon as possible.

When lung disease is more advanced, large air cysts occur where previously normal lung tissue was found and air is trapped in the lungs due to lack of supporting tissue (which decreases oxygenation). The cases of chronic asthma with non reversible airflow obstruction have clinical characteristics that make it very difficult to differentiate from COPD.

Common causes and symptoms of COPD

COPD has a slow evolution and, as a general rule, manifests as of 40 or 50 years of age . Its most frequent symptoms are dyspnea (difficulty in breathing), chronic cough and expectoration (with mucus). As the disease worsens, day-to-day efforts such as climbing a few steps or carrying a suitcase, or even everyday activities, can become very difficult.

Patients suffer frequent more intense episodes of dyspnea, cough and expectoration, which can last from days to weeks. These episodes can be very disabling, require urgent medical attention (including hospitalization) and, on occasion, can be fatal. In addition, if the patient has suffered repeated lung infections as a child , he or she may be more predisposed to suffer adult COPD.

As more respectable causes when we talk about COPD we can mention, mainly, smoking (although no one is free of COPD, we could say that this disease is exclusive to smokers) or fumes, vapors and chemical irritants used in the industry (if the exposure is long enough to start causing effects).

Like any disease, COPD can bring with it a series of complications that affect our general health, and some of them can be: cardiac arrhythmias, need to use an oxygenated ( oxygen therapy ), right heart failure or “cor pulmonale” (inflammation of the heart and heart failure due to chronic lung disease), pneumonia, pneumothorax, weight loss and / or malnutrition, osteoporosis , weakness and increased anxiety.

Relationship between contamination and COPD

We must start from the basis that currently there is little relevant documentation on the relationship between air pollution in large cities and its correlation with COPD , but if there seems to be a relationship between certain jobs and the likelihood of COPD : coal miners, workers who perform their work in tunnels or concrete manufacturers, are some of the groups that could be increased the chances of suffering from this disease.

In 2015, A. Parrilla and M. Armas published an article in the Atusalud section of the newspaper La Razón entitled ” Pollution will cause COPD in healthy people .” Despite this, we should not fall into alarmism. To say that there are more probabilities does not mean that we are going to suffer from the disease, and in the article, they point out in the introduction: “Although it is not about cause and effect …”

While there is no cure for COPD , if we can point to a series of measures that, if adopted and followed, can alleviate the symptoms of it and prevent it from going further. Some of these measures could be:

Treatment of COPD through physical exercise

Despite being a disease that attacks the respiratory system and reduces the volume of air that we can inspire, physical exercise can be used as a treatment for this disease and to take advantage of the benefits, in case of performing the appropriate exercises, which can be provided to the patient to help you improve your quality of life .

For the treatment to be functional, we must take into account the combination of strength and resistance exercises of both upper and lower limbs (not necessarily putting the patient on a bike and forgetting). In addition, it is important that within all the exercises, we teach to breathe correctly to the patient and reinforce the respiratory muscles (like all strength training, it will present benefits for the patient).

It is important to note that if this plan of physical activity is not maintained over time, the benefits have been achieving tend to disappear with the passage of time and the patient will suffer a relapse, so it seems essential to patient awareness of importance of maintaining these habits over time.

Training the muscles that intervene in the respiratory process seems necessary when we talk about treatments for COPD.

It is used for the purpose of improving the strength and endurance of the trained muscles , which results in a reduction in the feeling of dyspnea for adequate ventilation and an increase in exercise tolerance. Strength training can be achieved by repeated maneuvers of maximum pressures or breathing against an inspiratory resistance.