There is a very common and poisonous idea: if you are overweight, let alone obesity, it is because you do not take care of yourself, because you do not care enough about your health and your appearance to contain the desire to eat high-calorie foods. It is a derogatory idea that some say and many think, and that is based on an unjust belief.

Because yes, changing our eating habits seems very difficult (although it does not have to be ), and it takes a lot of willpower to get it, but sometimes that is not enough because sometimes our body makes it especially difficult for us. There are many reasons why despite wanting it with all their might, for some people lose weight is not just a question of willpower. 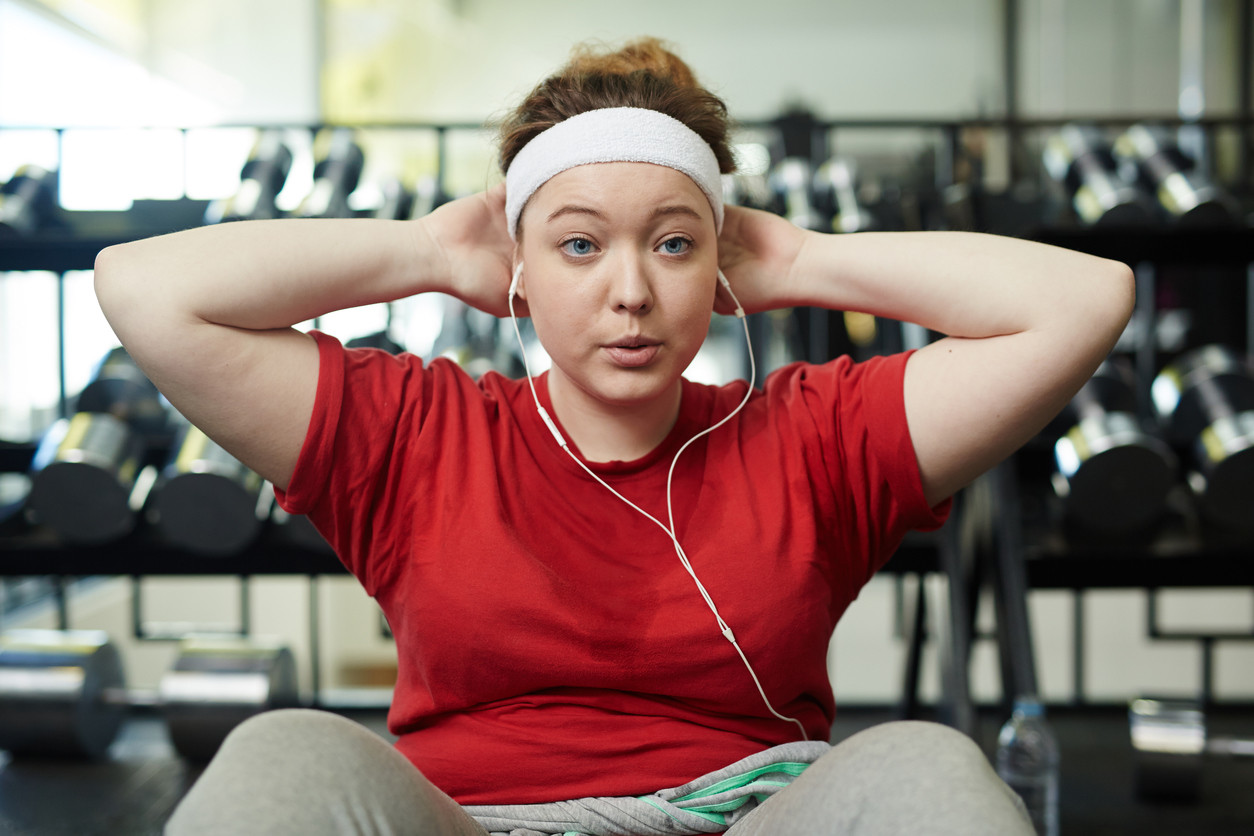 The restriction of calories

On paper, losing weight is relatively easy: you only have to eat fewer calories than you consume . This is called creating a caloric deficit, and the goal is for the body to extract the calories that we are not giving through the food from the fat reserves that we have accumulated in the body.

For this, two measures can be taken, which in reality should be complementary: burn more calories increasing the physical activity we do and consume fewer calories rethinking our diet . The combination of both is what creates that caloric deficit that, on paper, is the way to burn fat and lose body weight.

How many calories less to lose weight

I can not give a universal recommendation, but there are some basic parameters that work for everyone . We begin by remembering that for an average adult, the basic caloric needs, without adding physical activities, are between 1,800 and 2,000 calories a day .

To that we should add those that burn while exercising . Each exercise is different, but to calculate, we will say that one hour of intense cardio suppose between 500 and 700 calories . That means that an adult who does one hour of exercise per day would be approximately 2,500 calories a day.

When calculating the deficit it is necessary to take into account the needs of each person, the speed at which you want to lose weight, etc. It is important to create the deficit necessary to notice results but not go to the point of causing a health problem. Also, keep in mind that an excessive reduction is unsustainable for a long time, and that it can cause a strong rebound effect in which the lost weight recovers at a high speed.

As a general recommendation, we can set around 500 calories less than should be consumed per day to lose weight , a very affordable figure by simply making some adjustments, such as changing the soft drinks for water , changing those processed by fresh foods and abandoning alcohol .

How the body boycotts us

But all that is only on paper, because in practice, although that remains the main recommendation, there are many other factors involved in this process . Some affect the burning of calories in our body, others the impulses that lead us to eat more or less , and some even to everything that surrounds us determines the decisions about what we eat and what not .

As we say, some of these factors affect the metabolism of our body, which is the process by which food becomes the energy units that the body consumes. The people with hypothyroidism, for example, produce low levels of thyroid hormone , involved in metabolism, causing slowdowns and this person gain weight, even reduce the amount of calories you consume.

In addition, these people usually have a lower body temperature, and are less efficient in the use of stored calories as fat.

There are several pathologies that directly affect weight. One of them is the Prader-Willi syndrome , a complex genetic syndrome that affects many parts of the body. At the beginning of childhood, affected people develop an insatiable appetite , which leads to chronic overfeeding and obesity, as well as a high risk of obesity.

It is time for us to get used to treating mental pathologies as what they are: diseases like any other that should not be subjected to stigma and like the others require medical attention and treatment. In some of them, overweight and obesity are common symptoms.

It occurs especially in all those related to stress and cortisol levels . When the presence of this hormone in the blood is higher than usual, the body feels that it is under a state of chronic stress, and therefore increases the levels of appetite and fat accumulation .

This means that not only people who suffer from it have a much harder time reducing what they eat, but the body converts what they eat into fat much more effectively. It is a double boycott of the body to the goal of losing weight.

It is not just about “not knowing what to do with your hands”, it is that there are several mechanisms by which cutting off the body’s supply of nicotine hinders weight loss .

A study carried out by Spanish scientists explained at least one of the causes of this happening. According to his conclusions, nicotine acts on an enzyme called AMPK, inactivating it in certain regions of the brain. When this happens, you eat less and spend more energy. When that action disappears, the appetite is increased and less fat is burned .

It is very tempting to think that all the power over our health and food is in our hands, but more and more voices point out that, at least in part, there is also a collective, social and economic responsibility .

This is especially true in the case of children and adolescents. The WHO itselfrecognizes that the increasing prevalence of childhood obesity is due to social changes. Childhood obesity is mainly associated with an unhealthy diet and low physical activity, but it is not only related to the behavior of the child , but also, more and more, to social and economic development and policies related to agriculture, transport, planning urban, environment, education and processing, distribution and marketing of food.

Unlike most adults, children and adolescents can not choose the environment in which they live or the food they eat . They also have a limited capacity to understand the long-term consequences of their behavior.