It’s always a bit scary to start a sentence with “there’s a study that says …” but in this case I’m going to risk because the conclusion seems obvious. For many peoples, having a new kitchen means leading a healthier lifestyle, according to the Houzz study on trends in kitchens in 2017.

The survey, made to individuals who renovated their kitchen, are either undergoing a renovation or plan to carry out a reform project, indicates that there is a healthier lifestyle after the reform in 29% of cases. The thing is logical, because if our kitchen we like more we will cook more at home and we will enjoy more of the food sitting at the table, but the same study gives us many other information on how we reformed the kitchen. 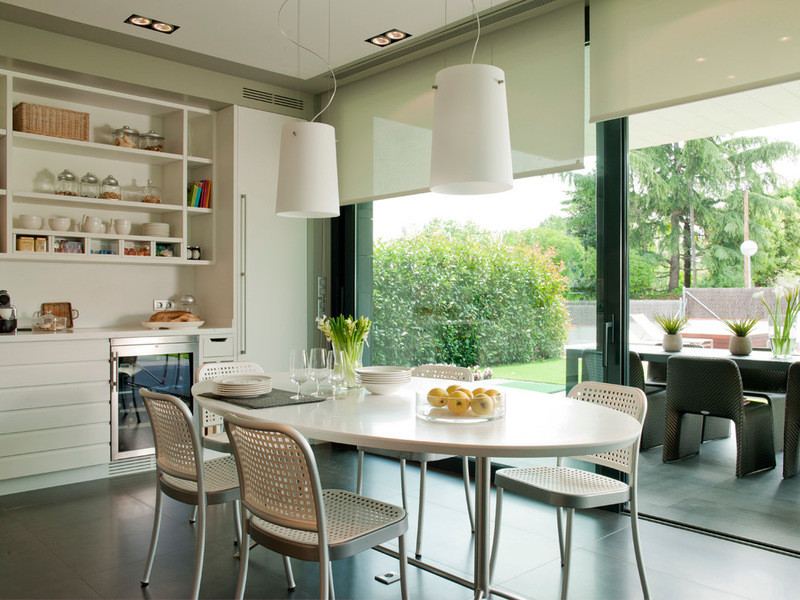 In addition, the peoples are not the only ones who have noticed a change in our habits after the reform. According to the data of the report comparing between countries, the Japanese are the ones who enjoy a healthier life thanks to the reform of the kitchen (69%). In the opposite extreme, the Russians are found: only 16% believe that the renovation of their kitchen has contributed to a healthier life …

On the other hand, the study provides data such as that most of the reforms of kitchens included a change of style (93%). The modern is the preferred style (37%), followed by contemporary (21%) and Scandinavian (12%) . Refreshing the design is not the only reason to carry out a kitchen remodel. In the past year 38% of peoples did it to personalize a recently acquired home and 24% because their kitchen was old, deteriorated or was unsafe.

The use of space in the kitchen continues to be key for peoples. In this sense, the specialized storage systems most demanded in the reforms are cutlery trays (83%), removable shelves and drawers (60%), removable garbage cans (55%), kitchen utensils organizers ) And drawer dividers (49%). Three out of four peoples opted for tailor-made storage to take advantage of their space (69%), reduce clutter (66%) and simplify the search for concrete objects (52%).

The Houzz report also provides information on the size of the kitchen, color and type of furniture preferred, among other things:

The study of tendencies in kitchens has been carried out by means of an online survey to people users in Houzz during the month of November of 2016. I actually see the conclusions quite reasonable. And you, do you agree?