The chair that you sit in projects power. It might not seem like  but the right t0 sit at the “head of the table” has always been seen as a way to convey authority. The chair is one of those ways of letting everyone know that you are in charge. Here are some famous chairs to show this. If you want something similar then get some Connubia Calligaris Chairs from https://www.nuastyle.com/brands/connubia-calligaris/ to give your dining area a lift. 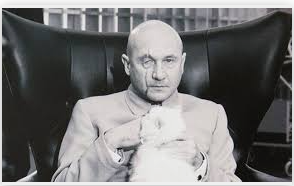