The UK is famed for its tolerance and its free speech. One of the great bastions of this tradition is Speakers Corner. The most famous and widely known is the one in Hyde Park corner in London. There are less well known locations in London such as Clapham Common and Lincoln’s Inn fields. These are places where open air discussion and debate is allowed and even encouraged. To be successful there you need to have attended Public speaking courses and you can get a good head start on by looking at collegeofpublicspeaking.co.uk. 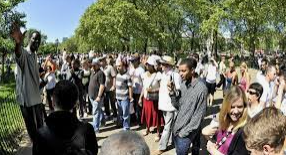 There are many other Speakers Corners located around the country. Nottingham, Lichfield, contain official ones Leeds, Newcastle and Portsmouth all have one but these are unofficial. These are not as well recognised as Hyde Park but they fulfill the same role. 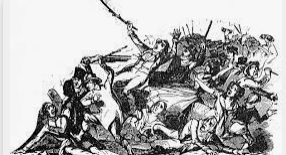 There is a common belief that you can talk about whatever you wish but there are limits. The Police will step in if they think that you are being unlawful or their swearing and profanity. Many notable writers have been there, Lenin, Marx and George Orwell being just three. You do need to be prepared to be heckled by the crowd and there are many speakers who are regular contributors looking to do battle.

It has its serious side. At one point a riot started around Sunday trading laws in 1855. This was the only day off that working people had meaning they could not buy food. The Chartists also used it as a meeting and rally point to get across their calls for social and political reform.