Think of Witches and you probably have quite the image forming already. Green face perhaps? Riding on a broomstick maybe? A big cauldron of something nasty boiling away and hoping to do harm to anyone who comes their way? What if I was to tell you that a lot of this was made up in a focused propaganda campaign to get people to stop using the country based wise women and use Doctors and Apothecaries in the towns instead? The truth is that these wise women, and men in many cases, were skilled in the use of Healing herbs and vegetables that had been passed down through the centuries. In some cases it was similar to Paid Clinical Trials like those from https://www.trials4us.co.uk/ except that we paid the healers and not the other way around. 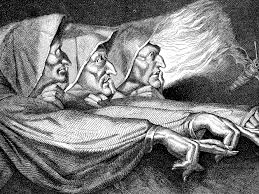 With the Renaissance there was a renewed interest in the fields of medicine. What became clear to many was that it could be monetised and sold to the public. However there was just one problem, nobody wanted to go to them because they could get everything that they needed at a greatly reduced price or by helping out with some odd jobs and gardening in a contra deal with the Healer. 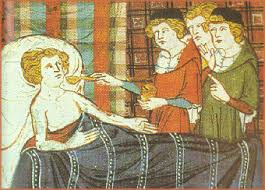 This state of affairs could not continue and the Doctors and Apothecaries knew just where to hit the Healers, they said their work was that of the Devil. The Middle Ages were a time when God and Devil existed and there was no debate about that. If you did debate it then you got yourself in hot water (sometimes quite literally). The best thing that ever happened for the Apothecaries and Doctor was the play Macbeth. Shakespeare’s work set the tone of what we think Witches are for centuries and even shapes it today.