Microsoft still does not know what to do with Skype, so they have decided to copy the Snapchat filters. At the beginning of June they announced a new generation of Skype and a totally renewed design. The goal of this new Skype was to “make your conversations more fun”.

For this they decided to do something that is customary in Facebook: copy Snapchat. One of the main novelties of that Skype was the stories, called “Moments”, and now they also plan to add filters with effects for the photos. 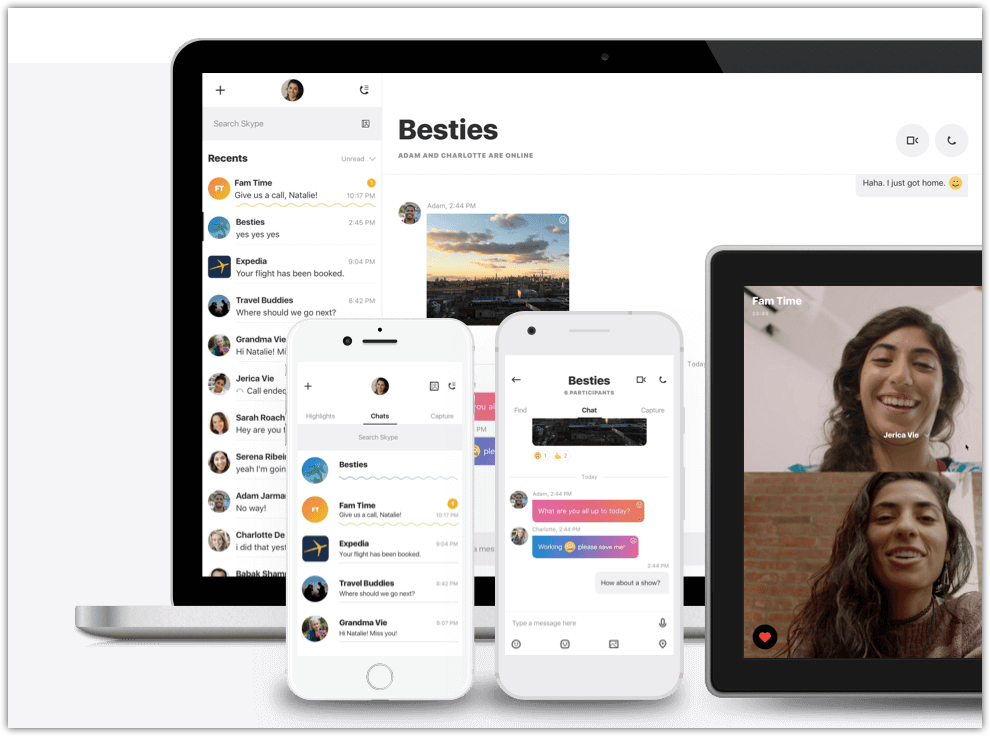 The filters are already being tested in the mobile versions of Skype for the Insiders, and will reach the general public in the coming weeks. Filters will be included that show the weather or the location of a photo, very much like Instagram and Snapchat.

The debatable utility of these characteristics

When Microsoft launched Skype with the new design, it seems that they focused so much on the new social functions that try to imitate other applications, that they forgot some that were more important for their current user base.

The critical rained down : complaints decreased performance, and could not tell if your contacts were online or not, a change too drastically interface.

It took a month for Microsoft to correct their mistakes, but they did, incredibly returning basic functions such as deleting contacts, conversations, or knowing who is online.

Why did you eliminate those functions in the first place? Many feel that Skype has abandoned the things that made it special, and instead it is trying to be something it is not: a social network. Time will tell if this strategy will yield good results, but the initial reception is not very encouraging.

Skype seems to want to reinvent itself as a social network by copying characteristics of a saturated market.

When someone thinks of Skype, they think of a communication tool to have calls with friends, family, colleagues, etc. Skype has always been considered the epitome of video conferencing, but it seems that Microsoft is trying to move it in another direction.

Even in the business world, they plan to leave Skype Business aside and replace it with Microsoft Teams. Skype is changing a lot, but we fear it’s not for the better.

They seem to be focusing on attracting users from other platforms, not with something new, but by copying the competition, and at the same time neglecting the users who already have and who have no interest in using Skype as another social network.

That something like Instagram was so successful at copying Snapchat with its ephemeral stories and messages makes sense, after all, it was already a social network of photography in the first place.

Almost nobody uses stories on Facebook or WhatsApp because they have simply already saturated users with this feature. Will it be different with the “Moments” on Skype? We doubt it enormously.