Today in our blog let’s see some basic technical concepts, namely we will explain what the main effects of the tennis ball are.

To hit the ball in tennis, the force we use in the shot is divided into two forms: one part of it passes in translating or moving the ball forward and the other part passes the ball rotation on itself.

The amount of effect that takes the ball, determines the speed of rotation and in this article we review the main effects of the ball… 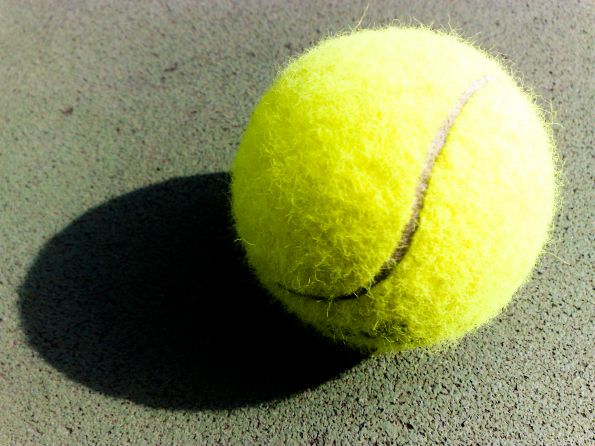 – Golpe Plane: Its Achaean performed without giving any effect to the ball is the fastest. It is also very effective when performed from a further network, top – down height.

The flat serve is what allows you to play with more power and speed ball, with a consequent increased risk of failure.

– Lifted. If the ball rotates in the same direction as the movement is called then that hit topspin. When the ball gets boat, catch more height plane hit. It is the slowest but also the safest blow.

Topspin sticks from the bottom up and inside out. It will bounce high and go to the right (for a right handed).

– Cortaid. If the tennis ball rotates in the opposite direction of its movement then we talk about a cut shot. When the ball bounces, have a flat pot lower than a blow. Depending on the amount of the ball bearing effect, a slight distinction between slice and chop it is done.

The sticks cut from top to bottom and from the outside in. It will bounce little and go to the left (for a right handed).

– Lateral. They usually give the ball a side effect, as its name suggests, both from the outside in and from near the body out. These effects do not carry a specific name but could be classified in the family of the cut.