Sublime Text 3.0 is now available and you can download it for Windows, Linux and macOS. No doubt an excellent news for lovers of the popular code editor , one that has won the hearts of thousands of developers in the world. 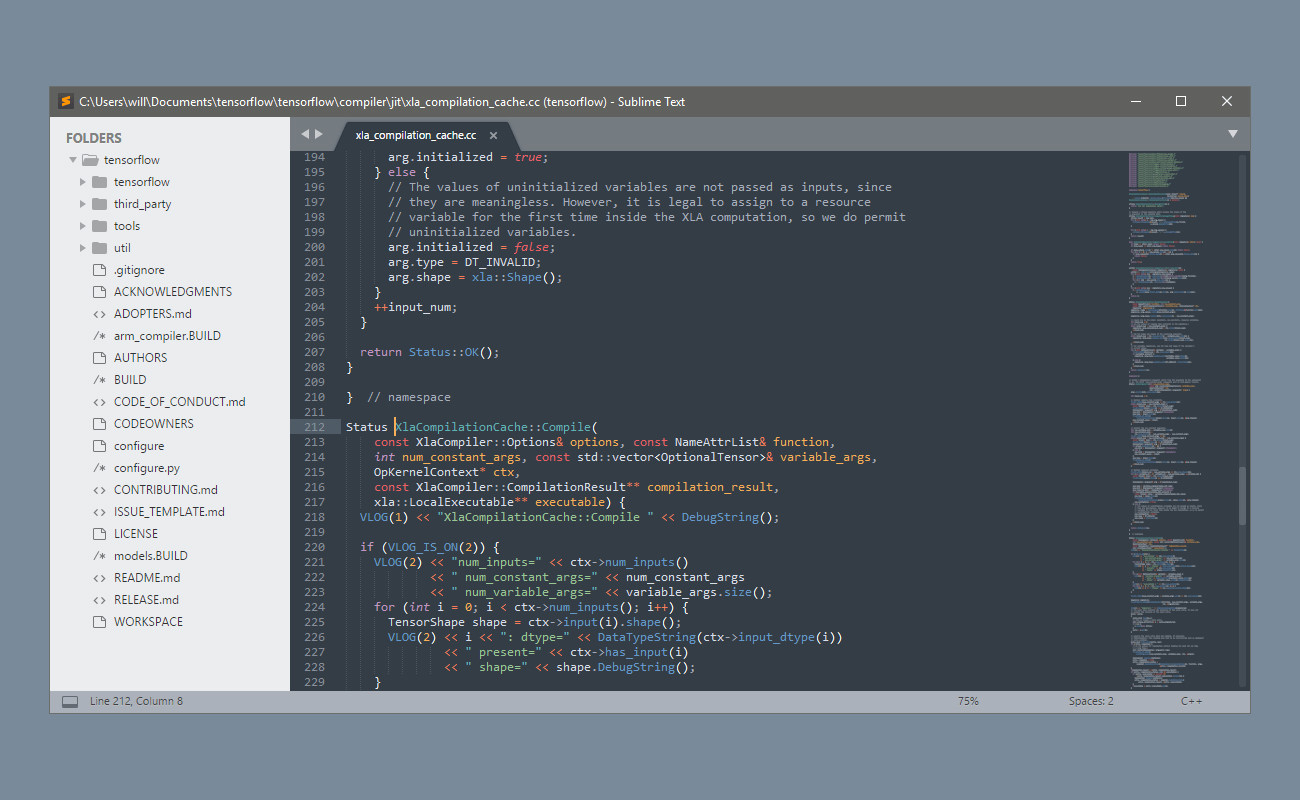 Those who use it and have followed its development, know that the previous stable version of Sublime Text is from yesteryear, and that the last beta of version 3 that received so many changes and an announcement of this magnitude is exactly one year ago.

According to the development team, compared to Sublime Text 2, virtually every aspect of the editor has been improved in some way , so much so that in the announcement they did not want to include a list with even the most important changes, but decided to dedicate their own pagebecause they are simply too many.

However, they emphasize that the new feature “Goto Definition” is one of the most important novelties. It is a new engine for highlighting the syntax .

In addition to this Sublime Text 3.0 has a new interface, new icon, and new color theme . The improvements also apply to the corrector, the automatic indentation, APIs, touch support in Windows, improvements in the detection of file changes, improvements in scrolling with the touchpad, selection of sources, support for the Touch Bar in macOS, and more.

If you purchased a Sublime Text license after February 2013, it will be valid for Sublime Text 3.0, otherwise you must pay the $ 80 personal license . However, you can always download the free evaluation version that has no time limit.