Apple desperately needs a strategy to revive its iPad as we saw yesterday in the financial results of the company, where the tablet is still in free fall and trend analysis and do not see an improvement in the medium term. Apple knows and apparently they are to take action on the matter.

Last week, the favorite filter of Apple, Mark Gurman, which is suspiciously the only journalist who maintains a perfect record for leaks from the company, without the same company do something published that Apple would launch its new iPhone four inches, which would be called iPhone 5SE, plus new versions for Apple Watch, everything would be announced at an event in March. But now the editor 9to5Mac “confirms” that the iPad Air 3 joins the party. 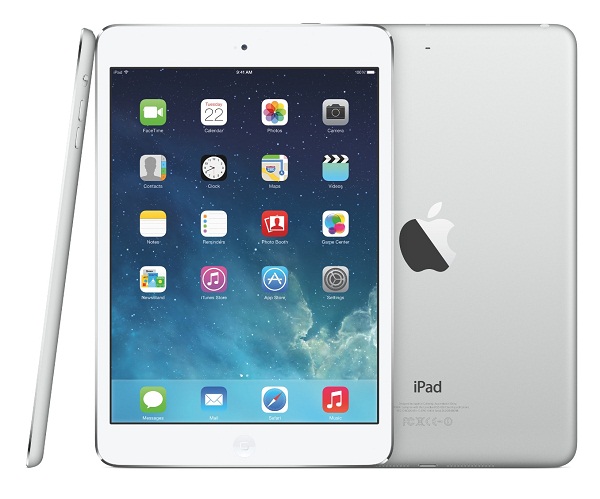 The iPad Air was renewed in October 2014

The iPad Air, even before the arrival of the iPad Pro, was considered the top model of the Apple tablet, but interestingly was the only device that did not receive renewal in 2015, as the iPad Air 2 was announced in October 2014 so in a move to some logical point, the new version should be ready to be announced this year.

Previous reports Gurman, who passed us were still not sure of the launch of Apple iPad Air 3, but today, according to its sources, that behind and are ready for announcement during an event to be held during the week of 14 March, where also the iPhone 5SE and new colors for the straps and Apple Watch would be announced as the renewal of the latter, arrive until this fall.

This new iPad Air 3 is not yet confirmed it would have the same design as the previous version, or have some improvements on the line iPad Pro. What is almost certain is that LED will flash back to the camera and new grids to improve the sound of the speakers, looking to approach the sound quality offered by the iPad Pro.

In size it would retain its current dimensions with a 9.7-inch panel, where Apple has been testing the possibility of adding support for Apple Pencil, which would boost significantly its use.

Now we just have to hope the announcement of the event, which will be important to know if all of these releases are confirmed, but more importantly, whether Mark Gurman continues its (foreign) perfect streak leaks.