Copper is a metal that plays a huge part in the modern world – forming parts of electrical items, copper pipe fittings like these https://watkinspowis.co.uk/products/copper-pipe-fittings-and-press-systems for our plumbing and even for space travel. But copper is one of the oldest metals to have been used by humans.

Going all the way back to early civilisation, copper played a huge part in the bronze age, but it was the Romans who really got stuck into using metal, which was instrumental in the great success of the Roman Empire which reigned over much of Europe for centuries. 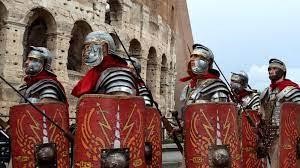 The Romans used many kinds of metal – iron, lead and of course brass were all used for a variety of things. The plumbing of course was mainly lead, which was not known to cause lead poisoning at the time. Coins were also something that Romans used metal for, and of course, the body armour and weapons that contributed to making the Roman Empire so successful. The architecture of Rome too relied upon many forms of metal.

Throughout the Roman Empire, they quickly gained control of all the areas where copper could be mined from. Copper mines from Spain to Cyprus to Britain and France were used by the Romans to obtain the copper to supply the whole empire.

In the greatest days of the Roman empire around 16,000 tonnes of copper were produced annually by the Romans. This was a vast industry, the likes of which would not be seen on this scale again until the Industrial Revolution which began in the late 18th Century in Europe.

Scientists have been able to get accurate information on this by analysing ice in Greenland – yes this was many miles away from the Romans, but the pollution caused by the smelting process can be seen clearly in this ice. This is because the process produces a dust which can then travel around through the atmosphere. Because the ice in Greenland is thick and remains frozen, it is easy to trap materials like this within it, giving scientists a good map of what was going on through the ages.

In fact, there are mines still which are in operation, or have recently closed down, which were first used by the Romans.