A few weeks ago we talked about the arrival of voice calls to the beta of Telegram for Android and we showed you how to activate them to start testing immediately. Well now you do not have to depend on the beta program, because the long-awaited feature has officially arrived to both iOS and Android. 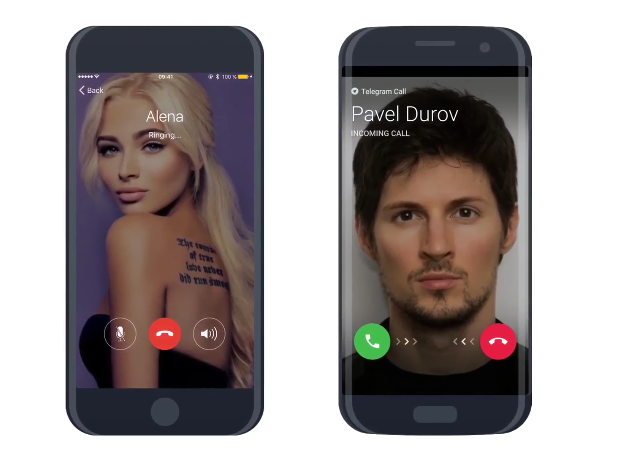 Telegram has made the announcement in its blog, although they warn that initially they will be receiving the function only the users in Western Europe, but the rest of the world will not have to wait too much, although they have not said an exact date, only that soon.

Voice calls are undoubtedly one of the functions that Pável Dúrov’s messaging platform needed most, especially since its biggest competitor and undisputed leader in the market, WhatsApp, has already had them for quite some time.

Encrypted and enhanced by artificial intelligence

The voice calls in Telegram are built on the same encryption that is used for the secret chats of the platform, but they claim to have improved the identity verification mechanism and they have also made it easier in a very interesting way: for the user check that your call is 100% safe, who makes the call and who receives it should compare four emojis on the phone to verify identity of one and the other. It is your own encryption key in the form of emoticons. Telegram calls will use P2P connections whenever possible to make them as clear as possible and to try to save traffic. When a peer-to-peer connection can not be established, Telegram will use the server closest to you. To optimize voice calls, Telegram will be expanding its server network around the world.

Telegram will also use artificial intelligence to improve the quality of your calls over time. A neural network will learn from the feedback of your device by collecting information such as the speed of your connection, percentages of lost packets, ping, etc. According to the company you do not have access to the contents of your conversation for this.

Another interesting feature is that you can choose a mode of use of reduced data , which obviously will decrease the quality of the audio of the call but will allow you to save megabytes in your mobile data plan.

Finally, from the settings of the application you can also control who can call you, choosing anyone, only your contacts or absolutely nobody. And, like other app privacy features, you can also choose individual contacts to allow or deny voice calls.