We are finishing the 2016, and although at this time what we usually do is review what has left us this year, today we will see part of what we could expect next year. And I’m going to tell you the truth, at least in terms of desktop operating systems, 2017 promises to be an exciting year.

We have everything. On the one hand, Microsoft will continue to improve Windows 10 with two major updates, the first Creators Update to come in the spring. But there are also voices that talk about that GNU / Linux could double its market share, while Andromeda OS Google will surely gain prominence as the year goes by with its promise to unify Android and Chrome OS in a single operating system. 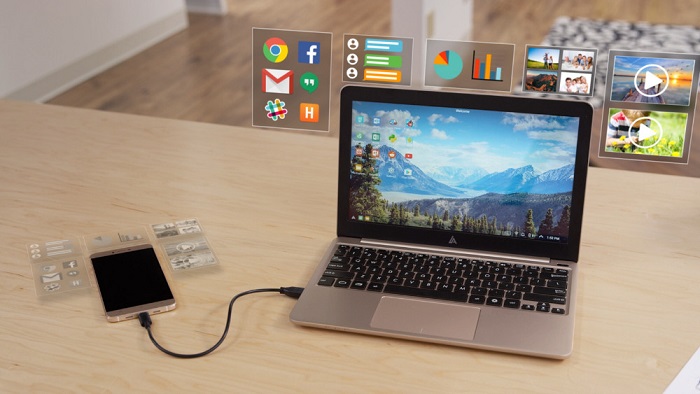 Another time round with the year of Linux

It is inevitable, every year that passes is the same story, and again there are those who say that the coming year will be the year of Linux. And that this 2016 has achieved the maximum market share of its history, although this is only 2%. In any case, that has not prevented Jack Wallen from predicting at Tech Republic that next year the share will reach 5%.

And why is this journalist so optimistic? According to him himself admits most experts believe that at most it will reach 3%, but he believes that the fee will be much higher thanks to two key points: that elementary OS will continue to grow exponentially and that Canonical will forget about their Ubuntu Phone and will return to Focus their efforts on the desktop after not being able to make a dent in the mobile sector.

We told you in September that elementary OS was becoming one of the most important distributions of GNU / Linux, and that most downloads came from proprietary systems like Windows and MacOS, so it is a very important gateway that should To grow over time. On the other hand, after two years focusing on Ubuntu Touch this 2016 we have finally seen Canonical take back the desktop seriously , something that benefits everyone.

And what about the most optimistic predictions? Well, if this year and we talked of many vulnerabilities for GNU / Linux, the trend would more as the system was gaining presence on the desktop. In any case, it is likely that Linux will not reach that 5% , although it will be exciting to see if the positive trend of the last months is maintained.

Andromeda OS aims to be another of the protagonists of the coming year. Chrome OS has begun to claim prominence overcoming sales in several campaigns to the Apple Mac and finally emulating Android, and Google’s next step is to merge the concepts of both operating systems into one.

At the moment everything around Andromeda is rumors and uncertainties. It looks like a kind of Remix OS , a version of Android with desktop environment suited to the desktop , but with devices much more powerful than Android phones and tablets. Recent rumors have also pointed to features such as notification sync.

And when will the first devices come with this new operating system? As it is said, a new version of Android that kills Chrome OS to inherit its concept of desktop, we could expect some clues during Google I / O, and rumors suggest that Google could present a Pixel 3 equipped with Andromeda in the fall of 2017 . It will then be when we know if the desktop ends up being revolutionized by Google or not.

Be that as it may, and even if we do not have Andromeda OS until 2018, it’s a gamble ambitious enough to have already aroused a lot of expectations , so all the rumors and leaks that come in over the next year are sure to They will make a lot of noise. It will play wait, but the thing promises.

Microsoft will have to react with Windows 10

Given the overwhelming way in which Android dominates in the mobile sector, its definitive landing and with all of the law in the PC would be very bad news for Microsoft. For the first time in a long time it would have to measure an aspirant with the potential to eat a good part of the market , and would do so with a convergence in which Microsoft is failing because of its little impact in the mobile sector.

His first bullet will be called Creators Update, and will hit the market next spring. Even so, being an update focused on creators will not bring news too juicy for users of foot, so we can not say that it will be a forceful move. The responsibility will therefore fall on the next major update.

On it we will not know anything until the Creators Update is released and new features begin to arrive at the Insider program. We only know that it will arrive in summer to fulfill the two years of Windows 10 or a little later during the second half of the year. In addition, Windows 10 will be able to run on ARM will be a disruptive step, perhaps one of the most important for Microsoft, with which it could finally compete with Android on a level playing field.

Is Apple a giant slept at the table?

Apple also has embraced the party of the desktop, and Tim Cook has said that his company has major new desktops in its roadmap. Depending on its characteristics, we could be facing a fourth participant in the race that would give him even more sparkle next year.

Regrettably there is quite a bit of skepticism about what the apple bite company can do. The journalists not only criticize the way in which Apple is mistreating the desktop, but warn that we do not delude ourselves and not expect big news on the Mac desktop. We will have to see at the end what Apple has to say in 2017.