If you are looking for a tool with which to download videos from multiple platforms you may already know some popular ones like jDownloader. But the existence of such a powerful application does not mean that there are alternatives to take into account, and one of the most interesting is YouTube-dl, which has been allowing us to download videos from virtually any web.

It is a free and open source program, and among the hundreds of pages it supports are YouTube, Facebook, Twitter, Instagram or Vine. There is no need to install it, which leaves no trace on the computer and is easy to carry on a USB. In fact, all we need to do is to put two addresses in the command line of our operating system. 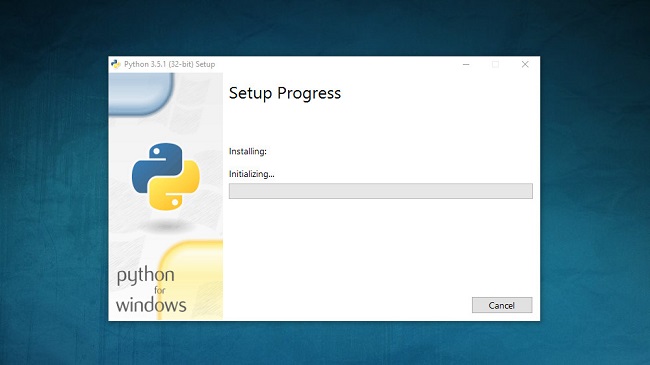 Okay, yes, having to use the command line can make it look like a program focused on power users, but it’s not necessarily that way. It is true that it has several dozen commands so that you can configure the downloads in a thousand and one ways, but these will not be necessary to perform simple downloads in a simple way.

YouTube-dl is cross-platform, and has versions for GNU / Linux, Mac OS X and Windows. Today we are going to teach you how to use the program in a simple way, and as this little tutorial is focused on novice users we will use the Microsoft operating system for being the most used.

Before you can use it almost automatically first you will have to take two or three previous steps. The first one is clearly ahead of your web , and we will need to download and have installed the Python interpreter , which we will find on its website . Download and install, we will need to know about it.

Next we will download YouTube-dl itself from its website . Its version for Windows is an .exe file, and if you click on it you will see that all you do is run a window and close. Not that it has been downloaded badly , is that to use it we will not even need to run the .exe file.

To make the process simpler it is advisable to bring youtube-dl.exe to the folder in which we are going to download the videos . We will have to write its name in the command line, so it would also be nice to change it to a shorter one, such as ydl.exe. In any case and not to confuse us, in today we will use its name by default.

How to use YouTube-DL: Two commands and ready

In my test the executable is on the desktop, and there the videos will be downloaded, so the address to go from the command prompt will be Desktop . The test video will be one of XatakaTV, whose address is https://www.youtube.com/watch?v=M41k0SSfqa8 . Once we have this clear, it is as simple as:

And that’s it, just typing the name of the program next to the video address will suffice, and in the case of YouTube the application will download the video in its maximum resolution by default. As you can see in the screenshot, I have also downloaded Facebook, Instagram or Twitter videos without any problems just by typing the URL of the post it is in.

As you see, the program is very easy to use once we have everything on your site and we have renamed it to make it faster to write. In fact it seems faster to use than the jDownloader itself, since after copying the URL of the video, with YouTube-dl we will have to paste it on the command line while in jDownloader we will have to go to the tab of the grabber and right click To start downloading.

By the way, those who want to get more out of the program, on your GitHub page you have a small index with the commands that you will need to use it with proxy, choose videos with searches or in playlists, choose the format or size in which Download the video or download the subtitles as well.