Clinicians and breast cancer charities alike have welcomed the news that Cambridge-based pharmacology behemoth, AstraZeneca, is reporting significant success in clinical trials of an experimental oncology drug. The company will submit the drug, Lynparza, for regulatory approval later this year and hopes it will be available to treat a certain type of breast cancer shortly thereafter. 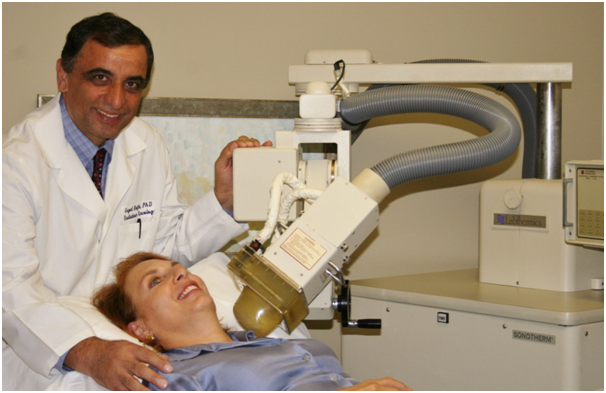 Lynparza is one of the new generation of cancer treatments known to the medical profession as poly ADP ribose polymerase (PARP) inhibitors. The development of this class of drug is narrated in this Cancer Research UK article: http://scienceblog.cancerresearchuk.org/2016/09/12/crashing-cancers-backup-system-our-progress-so-far/. Briefly, these drugs work by inhibiting the processes in the body which repair damaged DNA within cancerous tumours. Without these, the cancer cells cannot proliferate.

Already licensed internationally for use in the treatment of ovarian cancer, and long thought to offer hope for the treatment of other cancers, the drug has been found in clinical trials to improve survival rates in women suffering from a specific form of breast cancer (HER2-negative metastatic breast cancer with a known genetic mutation) when compared to the outcomes for patients being treated using chemotherapy. The women most likely to be afflicted with this type of cancer are typically relatively young (in their early forties) and, to date, the only treatment available to them is chemotherapy. While effective in many cases, it has unpleasant side effects. Having a further treatment option to explore would be beneficial to these women. The drug is also being tested for its effect on prostate cancers.

Speed is of the essence

The news about AstraZeneca’s success with Lynparza is highly encouraging and the response of the drugs regulators will be eagerly awaited by the wider medical community. The comparative speed with which the drug has been processed highlights the importance of adaptive phase 1 clinical studies, such as those performed by http://www.richmondpharmacology.com/adaptive-phase-i-studies.php. These trials are designed to safely and quickly identify medical devices, treatments and drugs that have potentially therapeutic results and to isolate the patient groups which would most benefit from their approval as treatment aids. With life-threatening diseases such as cancer, expediting the delivery of new drugs and treatments is obviously of almost inestimable importance.

Regulatory approval of the drug would be commercially important to AstraZeneca and would help to fund further research.