Is there anyone out there who doesn’t love pirates? Even the bad ones, we can’t get enough of. Why do we all love pirates so much? Because, let’s face it, pirates are cool. So, hang on to your cutlasses, matey as we take a look at why pirates are seen as cool and if their history has helped to turn them into the irresistible outlaws we see them as today.  If your kids are pirate potty, then why not think about a wooden pirate ship in the garden or Children’s Climbing Frames. For more information, visit http://www.niclimbingframes.com/climbing-frames.

Pirates seem to encapsulate those human desires for adventure, danger, thrills, and exploration. This universal human emotion has been captured and magnified by one particular group of individuals: pirates. More than any other profession in history, pirates have been idealized and romanticized since the 18th century. Whilst many of these men and women were in fact brutal, ruthless murderers and thieves, throughout the past two decades, pirates have become a anti-establishment symbol for freedom, adventure, and raucous living. It does seem strange that pirates have become such lovable rogues in public perception when they often committed horrendous acts of savagery, like locking women and children in a burning church. It seems the pirate PR began sometime around 1700 with the rise of the Golden Age of Piracy in the Caribbean. Cue Johnny Depp as Captain Jack Sparrow…. 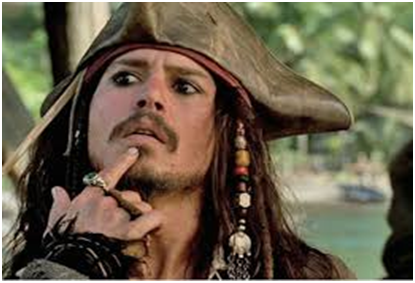 The end of the Spanish War of Succession had left many men unemployed and from 1716 to 1726, thousands of European and American sailors and privateers, turned to piracy in the Caribbean, the North American eastern seaboard, the West African coast, and the Indian Ocean. Often called the Golden Age of Piracy, the modern impression of pirates as depicted in popular culture was born. Tall tales and legends surrounded the most famous of these, like Blackbeard, Captain Kidd, Black Bart, Stede Bonnet, Calico Jack Rackham, and Anne Bonny. Because pirates earned their living by terrorizing merchant vessels throughout the civilized world, they were greatly feared at the time and were viewed in a very negative light by most of the world. When pirate Captain Edward Teach, better known as Blackbeard, was killed by Lieutenant Robert Maynard in the famous battle of Ocracoke Island off the coast of North Carolina, the citizens of Great Britain celebrated a national holiday.

It seems that their infamy made the ideal topic to appear in popular literary works and the public perception of these swashbucklers began to change. In 1724, Daniel Defoe published A General History of the Robberies and Murders of the Most Notorious Pyrates which chronicled the daring and dangerous deeds of many famous pirates, was an enormous success throughout Britain. Other popular culture including pirates included the musical, The Pirates of Penzance, Lord Byron’s poem “The Corsair”  and Treasure Island in which the famous Long John Silver saves the life of young Jim Hawke. During the beginning of the 20th century, piracy was further romanticized by countless Hollywood movies about dashing, young, handsome, gentleman pirates. More recently, Hollywood has given us the irresistible Jack Sparrow and of course, Peter Pan and Captain Hook remain a family favourite.

There is a huge amount of historical evidence to show us some of the true atrocities committed by the majority of pirates. Rape, murder, theft, arson, and torture were common among these predators of the high seas. However, throughout history, pirates have been romanticized through books, plays, and movies. While we all understand that pirates were often highly unpleasant people, we still want to believe the glamour and bravado and the romantic notion that pirates were simply good natured, rowdy but lovable rogues.