The older the tree, the more stories it has to tell. Fortunately, the UK is home to a large number of old trees, trees that would have witnessed some very important historical events. Ancient trees have been worshiped, become part of local legends and even fear for hundreds of years. Here are some of the oldest trees in the United Kingdom who are still alive:

This old tree is located in a church in the Scottish Highlands. The yew is an estimated 5,000 years old and could be one of the oldest living things in Europe. Legend has it that Pontius Pilate lived near this tree when he was a child. Unbelievably, the tree began to change sex in 2015 when it started to grow fruit that is an activity only females of the species undertake.

This giant is the widest of any tree in Europe. It is more than 1,000 years old and has a trunk with a diameter of 40 feet. People can go up to a cave-like space in the trunk and 39 people have been able to stand in the trunk at the same time. 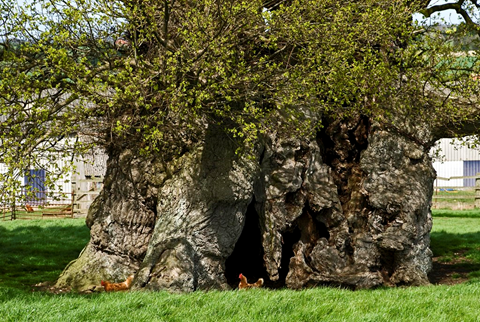 This yew tree in Wales is still growing despite being 4,000 years old! A bit of a scary story accompanies this ancient tree. It is said to be haunted by a spirit known as Angelystor, which appears twice a year in a church near the tree to announce the names of locals who will meet their fate that year.

This is one of the oldest trees in the United Kingdom and perhaps the most famous as it is said to have sheltered Robin Hood in Sherwood Forest. This is most likely pure legend though, as experts say it is too young to have been big enough to shelter Robin Hood and his Merry Men. It still attracts many visitors and has an estimated age of between 800 and 1,000 years. The trees on your property are unlikely to be this old, but for any problems, contact an Essex Tree Surgeon at a site like Essex Tree Surgeon Benchmark Landscape

Considered to be 2,500 years old, this is a tree with a few stories to tell. It is said to have existed at the time of the signing of the Magna Carta. Several hundred years later, it is said to have become a tree under which Henry VIII courted Anne Boleyn. 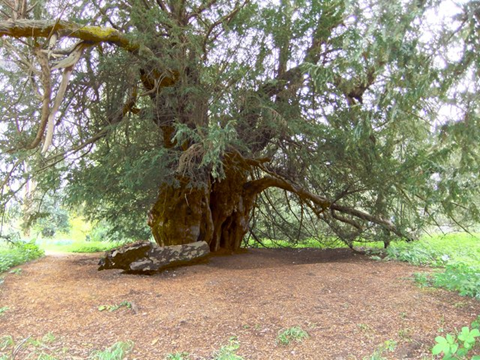 This ancient tree could be 2,000 years old and is cut back every 20 years to encourage new growth. It can be seen at Westonbirt Arboretum in Gloucestershire. The act of coppicing, cutting back to encourage growth, has been conducted in the area since the 13th century, which is probably why the tree has survived so long.