With Christmas 2016 fast approaching, parents up and down the country are roaming Oxford Street for iPads, mobile phones and all the other latest gadgets likely to be featuring on kids Christmas lists this year. Supermarkets compete to attract the attention of shoppers with great Christmas deals on a variety of fashionable foods from all over the world, and the streets are decorated with hordes of twinkling Christmas lights, turning every street into an enticing winter wonderland. But 76 years ago, London was a very different place indeed…

In September 1940, following the surrender of France, Germany had begun heavily bombing London, with the intention of breaking the spirit of the British people. The bombing was heavy and constant, and did a lot of damage to the city of London and surrounding areas as the bombs seemed to continually rain down on the capital. Despite this, people constructed Anderson shelters in their back gardens, and many more headed down into the biggest shelter that London had – the London underground. Far from being broken, the people of London fostered a huge community spirit, and committed to helping with the war effort even more fiercely. 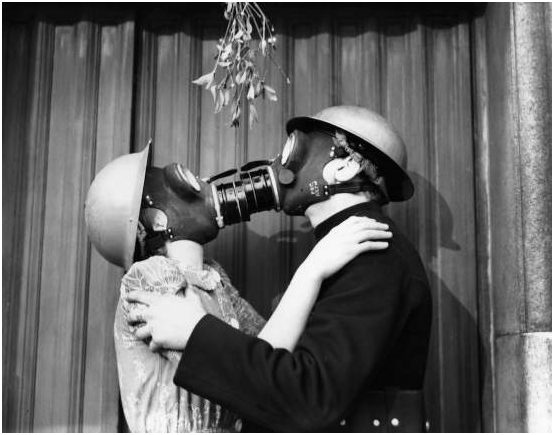 By December, thoughts turned to Christmas -1940 was the first wartime Christmas of the 2nd world war, and was very different to the Christmas we know today. Food rationing made a huge impact, turkey was off the menu as it was far too expensive for most families. Those who kept chickens or rabbits would have that as their Christmas day meat, many saved up their rations as best they could so that they would still be able to make the meal a special one. Alcohol was another treat considered far too expensive and frivolous for most.

When it came to gifts, children were very lucky indeed to receive anything at all. Giving gifts was discouraged by the government, with people being asked instead to give to the war effort – in the week leading up to Christmas, over £10 million in war bonds were sold! Any gifts that were given tended to be handmade – the children who had fathers that were good at woodwork were the lucky ones receiving dolls houses and carved wooden toys such as soldiers. Mothers would make practical, hand knitted items such as scarves and hats. The theme was very much make do and mend for the majority of people. 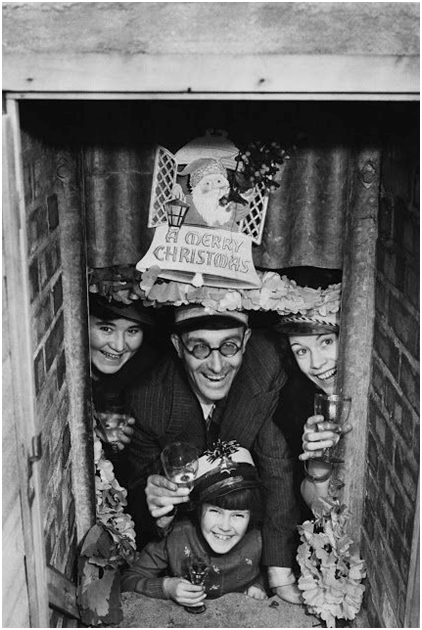 On Christmas day itself, no church bells would ring. These were only used to signal an air raid during the wartime. No lights were to be hung from windows, so the locations of major settlements could not be seen by bomber planes.

The care and consideration of these people during this difficult time, has allowed people today to be able to enjoy London, with the shops, lights, and food! If you are lucky enough to live or work in this amazing city, such as London SEO agency Elevate UK, you might want to enjoy the spirit of the blitz during Christmas party season – step back in time at Cahoots – a bar based in Soho and set inside an air raid shelter in 1940s wartime London. Whatever you do for Christmas, the main thing we can all learn from wartime London is that it isn’t about the presents the food or how much we can drink – but about family and community spirit – it is what helped to win the war!