In 1923, Isaburo Namiki founded Japan’s first dressmaking school, an act which famously stripped Japanese women of the traditional kimono and kitted them out with a fresh new makeover. Tokyo’s Bunka Fashion School’s success set a trend in the Japanese fashion industry, with thousands more dressmaking schools founded in the years following Bunka’s own launch. 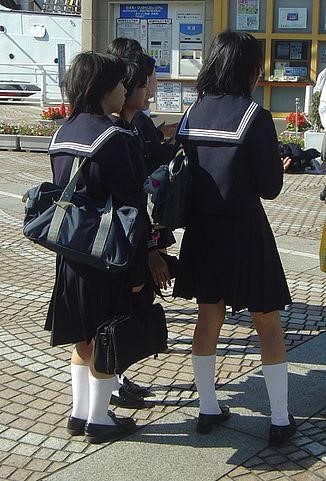 The Effect of Bunka on Japanese Women and Fashion

Bunka transformed the lives of many Japanese women, particularly after World War II. As well as offering young enthusiasts the opportunity to display their creativity and personality, the fashion school allowed them to change the way that women dressed across the country. Though Western fashion was often ill-fitting on Japanese bodies, the dressmaking school was influenced by the trends emerging from Western designers and began to create its own contemporary clothing to fit the frames of its female population.

As Western-style clothing became more accessible in Japan, Bunka students began to set their sights on bigger challenges. Aspiring designers started to experiment with patterns, trends and materials in the hope of making it ‘big’ in the fashion industry. Ranked as one of the top three fashion schools in the world by online magazine Fashionista, Bunka is still dominated by female students today. However, numerous doors are opened for both male and female students graduating from this notoriously competitive school.

Standing Out from the Crowd

Bunka students have become accustomed to standing out from the crowd, as they have to be imaginative and original to succeed on the course. The move away from traditional garments has allowed budding designers to focus more on alternative fabrics and patterns, allowing them to redefine women’s wear. 100% natural fibres like cotton have become increasingly popular in the industry worldwide. A range of cotton poplins can be purchased in a variety of designs and colours to help artists create innovative textile designs.

With Bunka Fashion School unleashing creative talents for almost a century, it seems that the iconic establishment started a fashion revolution in Japan. It is certainly the place to be for promising fashion designers of today, with the cut-throat experience said to empower pupils. Any candidate successful in entering Bunka can feel very proud of themselves, because employers certainly have their pick.

This could set a world wide trend of looking into what is on offer in schools and what students will learn best from.  In the UK we even have the option of not going into school and having a Maths Tutor Gloucester teacher that we can book on links like https://www.achieverstutoring.org.uk/ come to our house to teach us in a comfortable setting.  They can learn what type of teaching will work best and maximise our experience.