Filler flowers are used by Florist Gloucestershire firm flowershedtewkesbury.co.uk/ in a variety of ways but usually to either further enhance a floral arrangement or to even calm down the colours that are in the arrangement. These tend to be flowers that wouldn’t have much of an impact on their but combined together with other flowers and foliage they create a real display.

Here are some of the most popular ones that you might see in your next bouquet.

Stocks – these flowers bloom during the spring and summer and can be found in a variety of colours with everything from pure white to a bright pink or purple. The small flowers occur on equally small blooms that can be added to a bouquet or arrangement to give an extra pop of colour or perhaps add a white area between other bright flowers. 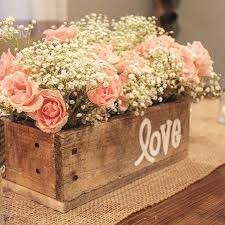 Snapdragon – Snapdragons have beautiful flowers that open and close much like a dragon’s mouth, hence their name. They can add an element of height to a floral display and are often used in bouquets for the same reason. The flowers also produce a beautiful scent which adds to their appeal. Numerous flowers are situated on the long slender stalk all the way from the bottom to the top. The colours available can range for pale almost pastel hues to dark more vibrant tones.

Delphinium – The name of these flowers comes from a Greek word “delphis” which translates to dolphin. The flowers are such named as they look similar to the bottle nose of the dolphin and are found in purple and blue colours. They are similar to snapdragons in that they have a number of flowers situated along the same long stem and are also used to create an element of height in displays.

Dianthus – or more common known as carnations are popular flowers for people to include in vases in their homes as well as being a great versatile choice for florists to use in a variety of different ways and also come in a vast array of colours and styles with some having smooth edged flowers and others slightly fringed edges.  Their name is taken from two Greek words – “Dios” relating to the God Zeus and “Anthos” meaning flower. They have therefore been known as “flowers of the Gods” for many years. 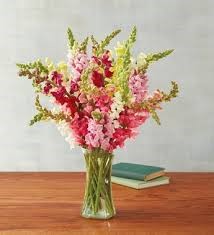 Baby’s Breath – also known as Gyp these flowers are a part if the carnation family and have tiny flowers that when bunched together create a beautiful display. They are most often found in white but there are light pink varieties also available. Baby’s breath is used to give an added dimension to both bouquets and centrepieces as well as taller pedestal designs.