Recently I’ve been pondering sandwiches. As we all know, the concept was invented in the 18th Century by the Earl of Sandwich during a game of cards. Legend has it that the Earl ordered a servant to bring him a slice of meat “betwixt” bread so that he could continue the game. As this is supposed to have happen in the 17th Century I do find it less than credible that someone hadn’t come up with this food idea before!  And guess what, they did! People had been sticking foodstuffs between unleavened bread for years before the Earl sat down at his old green felt table for a round of Canasta or whatever. Whether our ancestors thought to use flattened chicken, if they could actually be bothered to catch them, pluck them and then pound them up enough, in an early version of the Colonels Double down is not so clear. 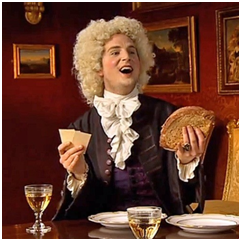 The problem the Earl had was that he didn’t have time to eat his usual meal (Pheasant and seasonal Veg I suspect) as his hands were quite full trying to get a Royal Flush on and not lose his considerable wealth in a Poker game (though others have said it was more likely it was at his desk seeing as how he was in involved in the Navy, Politics and an Arts Patron and was probably quite busy). His posh mates thought this was a cracking idea and so set about demanding the “same as Sandwich!” I wonder if the valets didn’t think that they might have been onto something with this bread meat combo thing and nicked the idea. Maybe one was called Greg? 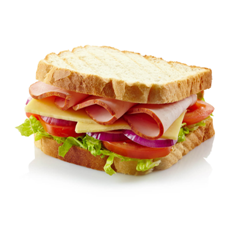 Anyway, back to the first sandwiches or as they were known, before The Earl had his naming brainwave, “bread and meat” or “bread and cheese”.  Presumably the Stone Age version was “that mashed up grass dropped in the fire and Mammoth” or “the mashed-up grass with the gone off milk stuff”. That’s not really workable in any conversation so well done the Earl for lending his name to it.

What if the Earl of Sandwich had had the technology to really market his product. There is a lot of advice out there on website design like the article written on how to pick the best web platform for your business found at https://99designs.co.uk/blog/tips/best-web-platform-small-business

The Earl could have had the chance to send his idea global if he had visited http://www.eqmedia.co.uk/ (who is famous for web design in Kent). What a shame he didn’t get the opportunity. Although we must thank him as nowadays of course we modern types have taken the Earls idea and really run with it. We don’t just confine ourselves to meat and cheese. We’re sticking fish in there (preferably the fingers variety from this authors point of view) and not limiting ourselves to just Cheddar cheese either. Some like to deep fry the whole thing! And let us not forget the Burger. Well that’s probably got your taste buds going, it must be lunch time by now.