Have you ever wondered how organisations prepare for bad winter weather and get the gritters on the road? Old-fashioned grit is actually no longer used, even though we call the machines that deliver the substance ‘gritters’. What goes on the roads when icy conditions have been forecast is actually crushed rock salt because it’s more environmentally friendly. Once the gritting work has been done, the rock salt leaves no messy residue behind. It also doesn’t block drains which was a problem with traditional gritting methods. Here is some more information about ice and snow gritting on the pavements, roads and car parks during the winter:

The process of gritting begins once the salt has been spread over the roads. The mineral salts get mixed up by the tyres of vehicles which creates a saline solution. This melts the ice that might have formed and washes it away down the drains, leaving the roads clear and safer to pass. Older methods using actual grit would leave behind a sticky slick, block drains and leave the roads just as slippery. Not a good situation, so you can see why the method was changed.  Rock salt is great for the UK, where very extreme temperatures are less likely as it loses its effectiveness below -4C. It is completely ineffective in temperatures lower than -10C. 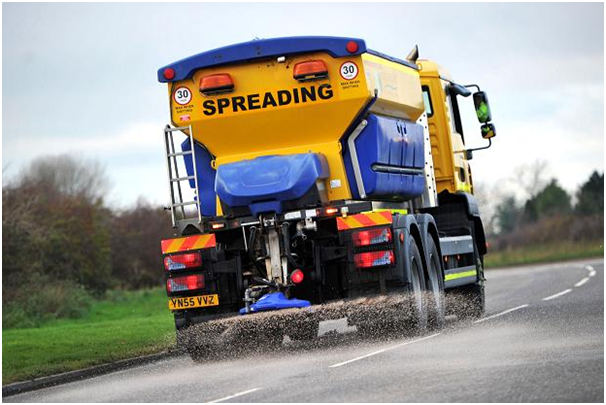 Most councils use grains of rock salt that measure 6mm which helps to prevent possible damage to the windscreens of vehicles. For areas that experience colder spells, such as the north and Scotland, 10mm rock salt is often used instead for greater efficacy. This is better for wide roads such as motorways, dual carriageways and areas where it’s already snowed.

One of the most effective substances is a mixture of rock and salt which adds a grinding effect to the crystals of salt, working down into the road surface and providing a more thorough de-icing impact. For Car Park Gritting Gloucester, visit http://www.contract-gritting.co.uk/gritting-services/car-park/

Annually, more than 2,000,000 tonnes of rock salt are spread out onto UK roads and this costs more than £150 million. However, it is agreed that this is a small price to pay for enhancing safety, keeping the economy running and transport networks open. It has been estimated that not de-icing the country’s roads would cost the economy £2 billion a year. 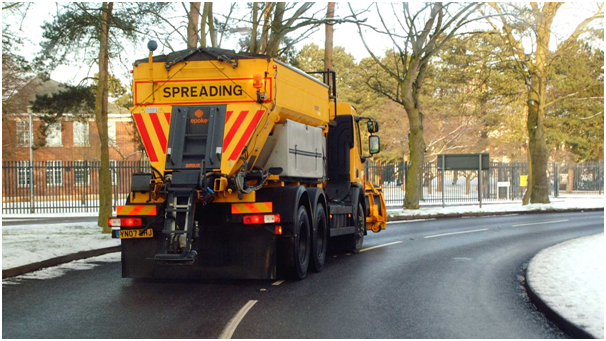 The financial cost is not as important as the lives that are saved each year thanks to the hard work of the nation’s teams of gritters. Still, every year approximately 1,000 people die or get badly injured in accidents involving ice and snow. Imagine what this figure might be if we didn’t de-ice the roads.