Divorce is one of the most stressful times in an adult’s life. Once you’ve filed, your emotions might go through a range of extremes. Of course, things could only get worse if you’re not careful. Rushing into a divorce or trying to cut corners can also end up being a huge financial mistake that can last years into the future. Fortunately, your divorce attorney can help you avoid some of the most expensive divorce blunders. But what are some of the most common financial pitfalls during a Michigan divorce?

Regardless of how long you were married, chances are your divorce will be longer and more drawn out than expected. This is especially true for couples with joint assets, property, financial accounts, and children. You’ll need to consider the future, so if you’ve been married just shy of a decade, holding out that extra year can ensure you’ll be able to collect some of your ex’s social security benefits when the time comes. Divorce costs mushroom the longer they take, so be sure to plan it out and provide everything the courts need on a timely basis to secure a secure future. 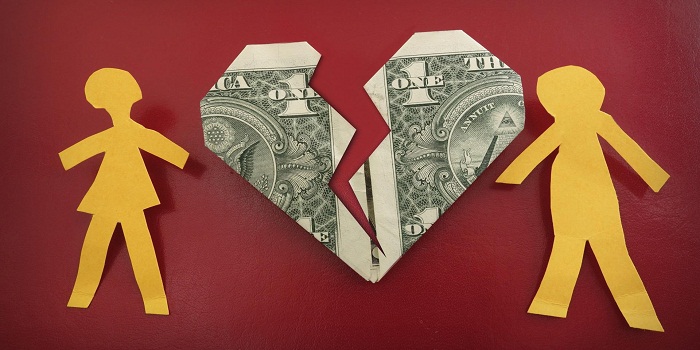 Being too Submissive or Not Taking Control

It’s easy to just want to give up during a divorce to get things over with already. But that’s often an expensive mistake on your end as it plays right into the hands of your ex. Playing nice and being willing to compromise is one thing, bending over is another. The end game of your divorce should be about personal survival, not about whether or not you and your ex can remain on speaking terms because you gave up your rightful claim on the Audi or decided to claim the extra alimony the judge said you’re allowed. Fight for your share and claim it now while you have the law on your side.

According to Forbes, the national average cost of a contested divorce in 2006 ranged between $15,000 and $30,000. Michigan’s done a fantastic job at keeping divorce prices from soaring out of control, yet those prices are dependent on the work requirements. Divorce is emotionally taxing and your support system plays an important part there. Save yourself a lot of money and headaches down the road by avoiding unnecessary calls to your Michigan divorce lawyer for emotional support. He or she will be more than happy to pass the tissues and offer advice during your scheduled appointments, but additional phone calls and pop-ins aren’t free. The final fees reflect that additional attention, so consider using a shoulder that’s not on the clock.

It’s not a secret that January is “Divorce Month”. More and more exasperated spouses are holding off until after the holidays to not only give their marriage another chance to catch some holiday magic but also claim tax breaks for one more year. However, regardless of when your divorce is final, those tax changes need to be prioritized and understood. Alimony, retirement funds, property sales, and stocks are just a few items that can lead to a high tax bill right off the bat. So be sure to clarify your responsibility prior to signing the final papers so you’re not blindsided as a newly single taxpayer.

It’s common to think a modern DIY divorce is the best way to go. After all, no muss, no fuss, right? But even a non-contested divorce can be exasperating, especially if you’re just guessing or following one-size-fits-all forms. No divorce is identical and when emotions are involved, it’s always better to be safe than sorry. A good attorney can also be budget friendly. But be sure not to skimp on matters that affect the rest of your life. When it comes to splitting assets and securing support, the right Michigan divorce attorney can make all the difference.