We now take superglue for granted. Whenever we get a breakage or need something to stick together so that it stays stuck this is the stuff that we turn to. Much stronger Metal bonding adhesives are used in industry but the main ingredient is the same. That  active ingredient is  Cyanoacrylate which is basically a divertive of a plastic. It’s a liquid plastic that sets rock hard when exposed to air. This is why you can never get the lid off it if a little bit has oozed out the nozzle. 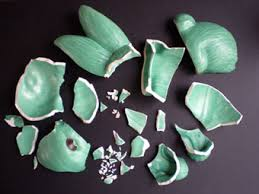 Superglue is one of those miracles of the modern age that was accidentally discovered in the 1940’s during the Second World war. Plastics were seen as a way to produce quick and easy items for war and gun sights was one of the most practical uses for it. The practical plastic in Superglue was going to be used for this but the stuff was far too sticky to be formed into any useful molds so the idea was dropped. 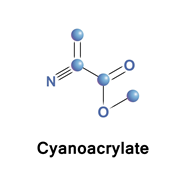 Jump to the 1950’s and the plastic in super glue was rediscovered as a means to bond things that normal glue could not. The plastic set, sealing the two pieces together and modern wonder of the world was born.