Isamabard Kingdom Brunel is arguably the most famous of Bristolian of all. He played a massive role in updating the harbour and turning Bristol into the thriving successful city that is today. Bristol has always been a trading city, using its location on the river Avon to build itself into a great port, but as the population and need for more trade grew, it caused a problem. The harbour was small and narrow, and as the water would head back towards the sea, the ships would hit the river bed causing them damage. 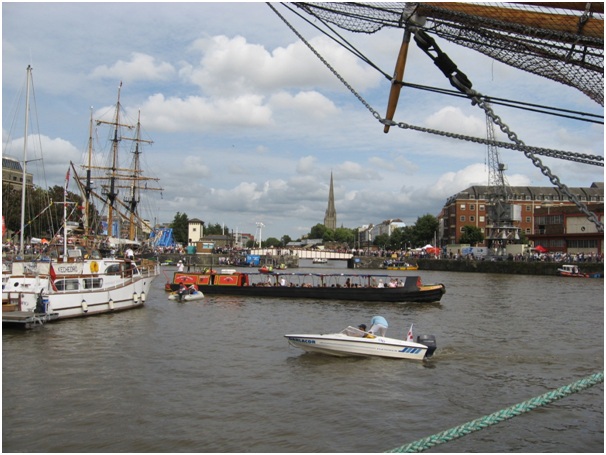 The Lock system, partly designed by Brunel is still in use today and traps the water in the harbour, preventing damage to ships. Brunel had a huge role in making Bristol the city it is today and his legacy is all around the city. It is easy to imagine the tattooed sailors making their way around Bristol’s famous harbour – of course nowadays they may regret those tattoos and may have use a Bristol tattoo removals company such as http://future-form.co.uk to get those tattoos removed!

Speaking of tattoos and sailors, legend has it that Bristol has another famous resident – the pirate Blackbeard! During the 17th and 18th century Bristol played a large role in piracy and many of the buildings around the area are said to be funded by illegal piracy!  Bristol also has a sad and shameful history of slavery which was big business in Bristol in the 17th century.

Of course, Bristol’s more recent famous residents include the street artist Banksy, the band Massive Attack, and Billy Butlin! And not forgetting it is the home to Harvey’s Bristol Cream Sherry!

Nowadays the harbour is as vibrant as ever with millions of visitors flocking to it every year, and it hosts events such as the harbour festival, which celebrates its 45th anniversary this year.  Evidence of Bristol’s colourful, exciting and brutal history is all around the harbour, and also the new buildings that have sprung up amongst this amazing city.