Coin collecting is an incredibly popular hobby, but it can be difficult to know whether you have something special in your collection which is where a Coin Dealer UK like GM Coins can help you. There are many historically significant coins that have been found in various parts of the United Kingdom with many of them dating back in Roman times. But what about more modern coins? 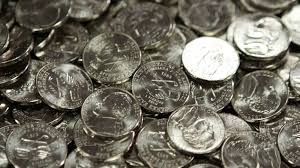 There are some modern coins that you may have lying around in your purses or perhaps at the back of a kitchen drawer somewhere that could be worth more than their face value. Here are some of the ones to look out for:

Guy Fawkes with a twist – in 2005 there was a 400th anniversary coin commissioned to remember the fifth of November. However, there were a number of these coins that were produced with a typo in the statement – it read ‘Pemember, pemember the Fifth of November.’ now whilst this mistake may be embarrassing it means that these coins are actually worth more than their £2 value.

Charles Dickens – in 2012 around the 200th birthday of the incredible author some commemorative coins were produced and again these have become collectors’ items sometimes selling for double their initial value.

WWF – Many people will remember the World Wildlife Fund commemorative coin that was produced and has been circulation for a number of years now. Depending on the condition of the coin and its production date there are some of these that have sold for a significant sum of money, much more than the 50p face value that they have.

Peter Rabbit – Beatrix Potter is one of the country’s most well-loved children’s authors having produced delights such as Peter Rabbit and Mrs Tiggywinkle amongst a variety of other animal and wildlife inspired stories. There were a limited number of Peter Rabbit coins produced and they were released to just a small number of places including some National Trust properties and the Royal Mint have never released exactly how many coins were originally produced.

Swimmer with water in their face – Another production that wasn’t exactly perfect is that of the Olympic swimmer. The first run of just 600 coins had the waves of the water printed across the swimmer’s face. When this was discovered they altered the design, thereby pushing up the value of the original 600 coins.

There are many other valuable coins that can be found and for more information it is worth taking a look here.