Movies are a hugely popular mass art form and so is the consumption of music but when the two are combined – something incredible happens. When great films are paired with the perfect music, cinematic history is made and the right music can make a scene stick in your head for years afterwards. A movie soundtrack is a smartly curated collection designed specifically to create a certain mood or tone. Soundtracks can be creative, experimental, artistic and poignant all rolled into one. There are two types of soundtrack, one that contains original music and one that is written specifically for a certain movie, called a score. Here we take a look at some of the iconic soundtracks taken from pretty fantastic films. For the ultimate audio and visual experience in your own home, try UK Home Automation and visit http://digitalinteriors.co.uk/.

Having a great soundtrack isn’t too hard for a film based around this music genre. The film and soundtrack feature classics from Ray Charles, James Brown, Aretha Franklin and Cab Calloway. For a film about two guys who love the blues, the soundtrack had to be a soul powerhouse and it is. 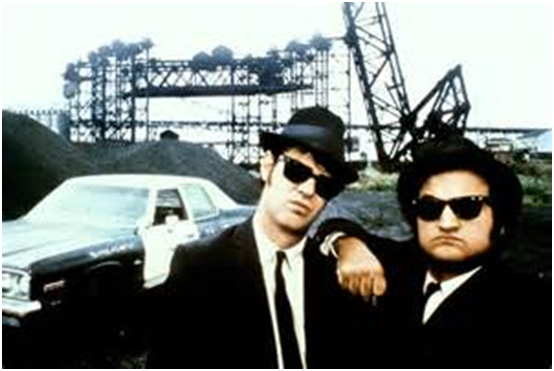 One of Tarantino’s early films and probably the one that made him the superstar director he is today. He has a great way of using music in his movies, songs that have been forgotten burst back to life. The interesting blend of 1970’s pop and film dialogue creates something very dynamic that Tarantino does best. ‘Little Green Bag’ and ‘Stuck in the middle with you’ enjoyed a long revival thanks to this film.

If you love eighties music then you’ll love this soundtrack as it features some of the cheesiest but most loved songs from that era. There is some New Order and David Bowie so you know you’re in for a treat plus the tracks give the film a lot of energy which is what makes it such a great comedy.

This film is iconic of its era and with a massive focus on The Who, you know you’re in safe hands with this soundtrack. This is the film version to the band’s 1973 rock opera but the soundtrack also features work from Booker T and the MGs, The Ronettes and James Brown. A perfect marriage of music and movie.

Tarantino makes the list again with this super cool soundtrack. This one includes surf rock in addition to his usual eclectic mix of rock, pop and soul. He is the master of introducing unusual music at interesting parts of the script and using a real mix of genres and artists. You probably won’t find a more eclectic soundtrack.