St Patrick – The most famous of all the Irish saints, St Patrick’s day on March 17th is celebrated all around the world. It is a huge celebration, and many people like to make a day of it and shop St Patricks day gifts at Shamrock. St Patrick is a huge part of Irish culture. St Patrick was brought to Ireland from Wales as a slave during the 5th century. During this time, Ireland was not a catholic country, but St Patrick went on to convert many pagans to Christianity. Many people like to visit the grave of St Patrick which is in Downpatrick near his first church. 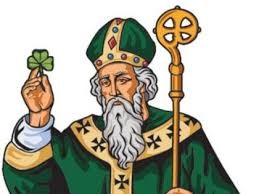 St Brigid -St Brigid was originally a pagan saint before Ireland converted to Christianity, and her feast day is the 1st February, as she was associated with the Celtic fire festival Imbolc and the coming f the spring. She was a generous and caring person, and famously is said to have spent time comforting a dying man whilst weaving a cross from reeds – this is a tradition that children in Ireland enjoy today on St Brigid’s day. She was laid to rest near St Patrick. 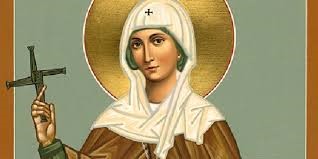 St Brendan – Saint Brendan is famed for his legendary voyage to America in the 5th century, and he also established several monastic settlements as well as his monastery in Galway. Legend has it that he sailed the Atlantic long before Columbus did in search of the Garden of Eden. He is laid to rest in the great monastery Clonfert.