At one time or another we have probably all found ourselves daydreaming about winning the lottery, landing a windfall or simply becoming stinking rich. For many of us, this daydream leads to the same question: which supercar would I buy? Here is a rundown of the top four supercars of all time. 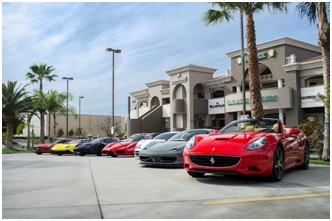 No supercar rundown would be complete without a Ferrari, and what a Ferrari this is! The 250 GTO manufactured from 1962-1964 may look pretty innocuous, but it packs quite a punch. With a five-speed transmission and 3.0-litre V12 engine, it was one of the most powerful cars of its time. These beautiful cars are still out there and many are still in great condition.

If the Ferrari 250 GTO is subtle, the McLaren F1 certainly is not. Take this anywhere in the UK and you are bound to draw stares. This supercar is low to the road, with a high tail fin and smooth, almost alien lines. It was designed to be the best road car out there and is one of the fastest in the world to boot. Perfection does not come cheap, however, and this supercar will set you back several million pounds.

The period between 1966 and 1972 was a great time for supercars. The Lamborghini Miura became the envy of schoolboys around the world, who marvelled at the 171 miles per hour speed capabilities and Bertone bodywork. Even today manufacturers inject a little of the Miura’s perfect finish into their cars with treatments such as a Cambridge powder coating for alloy wheels from a company such as www.acefinishcarrepairs.com.

If you want to get attention, look no further than this Bugatti. Produced from 2010 right up to today, this is a much-loved design that seems to be getting more popular with every year. With sleek two-tone lines and an incredible top speed of over 267 miles per hour, this Bugatti has held Guinness World Records for its speed. No wonder even the non-sport version was named Best Car of the Decade between 2000 and 2009 and Best Car Driven All Year in 2004. This car is built for style and speed and pure adrenaline.

Which supercar would you choose?