For many dog owners, their pooch is considered a member of the family rather than just a pet. When it comes to choosing a name, therefore, many owners give as much thought to deciding what to call a dog as they would a new baby. In fact, research shows that many of the most popular dogs names coincide with some of the most popular names for a child. So what is the world’s top dog name? 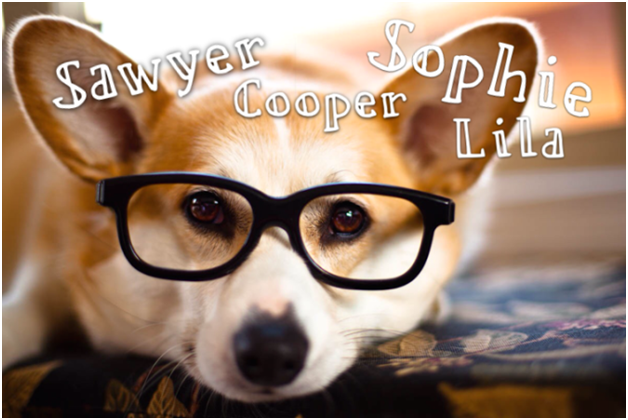 For male dogs, the top name according to a 2014 poll was Max. Buddy came in second place, with Charlie, Cooper, Jack, Toby, Rocky, Tucker, Bear and Jake following in the top ten list.

When it comes to lady dogs, the name Bella has reigned supreme for three years in a row. Hot on the heels is Lucy, followed by Daisy, Lola, Molly, Sadie, Sophie, Chloe, Maggie and Bailey.

Although many of the names we choose for our dogs reflect current trends of popular names in general, this is not just the only influencing factor. According to the Guardian, many owners take inspiration from popular television series such as Sherlock, Games of Thrones and Breaking Bad. In fact, dog monikers such as Sherlock, Arya and Walter, taken from these series, are making an appearance alongside more traditional canine names.

In fact, the most popular female name, Bella, could also have taken its lead from a popular culture trend. According to the Daily Mail, the name Bella shot to the top of the list following the release of the Twilight book series. The character Bella Swan became a fictional sensation. Luna has also become a favoured name for a pooch, possibly influenced by the Harry Potter character Luna Lovegood.

Why a Dog’s Name Is Significant

It is widely believed that dog owners name their pet after something that they can feel an affiliation with, whether it is a name they may have chosen for a new baby or as a popular character that can provide a constant reminder or connection of something they like or admire.

It stands to reason that any dog owner will spend lots of time deciding upon a name. Your dog will be a part of the family for many years, so picking something that you like and that suits your pet’s personality will be a priority. Trends do come and go, but if you do opt for a popular name, bear in mind that if you call your dog’s name in the park, you could attract the attention of more than one dog!

The integration of our pets into our family and everyday lives is not just evident in the names we choose. We are just as likely to pay as much attention to our dog’s grooming as our own, with many owners sending their dogs to parlours for pamper sessions that involve washing, grooming, clipping and fur shedding.

Many dog owners also include their pet in family events such as holidays, outings and even weddings.  And when they pass away often owners will feel a loss like they would a family member, and try to grieve in the best way they could.  Some people chose to put up photos or keep a toy, others with more disposable income may choose to have bronze animal sculptures made up of their favourite friends to replicate what they looked like from artists such as https://www.gillparker.com/.

Research has even shown that around 70% of dog owners sign their dog’s name on greetings cards.