The second-largest city in England, Birmingham is a vibrant place with a population of over 1.1 million. Its name is thought to come from home (ham) of the people (ing) of tribal leader Birm/Beorma. Here are some interesting facts. 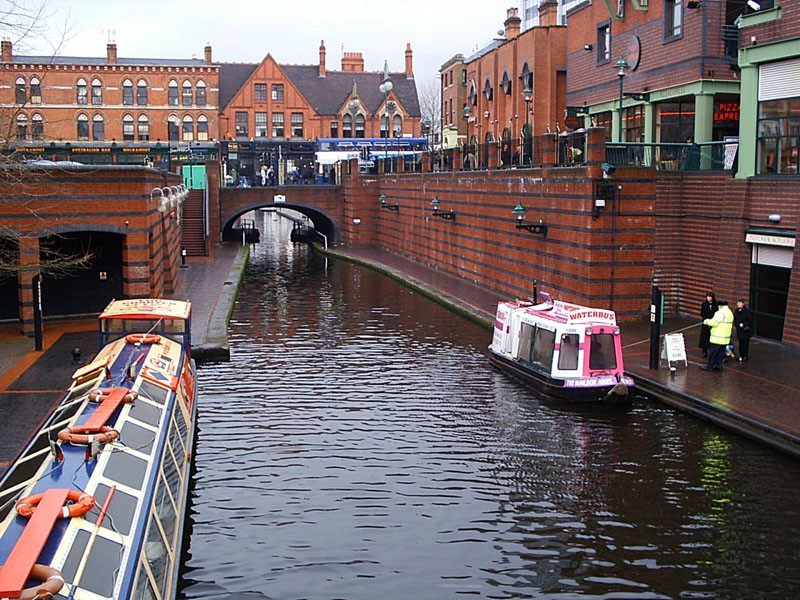 Birmingham is believed to date back 10,500 years, when Stone Age hunters travelled along the river Rea. The Romans built a fort near Harborne and were responsible for roads in the area. An Anglo-Saxon horde that included coins indicates a settlement in the seventh century.

According to the Domesday Book, Peter de Bermingham earned the right to hold a weekly market. A market charter was granted in 1166, establishing it as a place of commerce and ensuring its future prosperity. St Martin’s church (1290) was the heart of the settlement, and it can be seen today. The town expanded from there.

The town became industrial from the sixteenth century. Metals were produced here for cutlery, weapons and guns. By the eighteenth century it was producing most of Europe’s buckles, boxes and jewellery. 40% of the UK’s jewellery is still made in Birmingham. It was during this period that the canal network was extended to Birmingham, opening opportunities for trade. The first canal opened in 1796, and the city has never looked back.

With a surge in the city’s population thanks to the economy, adequate housing needed to be built. Back-to-back houses were constructed. Unfortunately, some families lived in very squalid conditions. With few opportunities for education and ill health, they were victims of the Industrial Revolution. Reform turned the city into a model for ‘municipal socialism’, and slum areas were cleared up and utilities added such as clean water and gas. Now Birmingham has fine housing, including serviced apartments in Birmingham from http://birminghamservicedapartments.co.uk/premium-1-bedroom-birmingham-serviced-apartments/.

In the late nineteenth century, the famous Cadbury factory was opened. Houses and amenities were built for their workers at Bournville.

Electrical engineering and car manufacturing were the main industries in the twentieth century. Munitions were manufactured in Birmingham during the two world wars. Unfortunately, this made Birmingham a target during the Second World War, and it was heavily bombed. Birmingham has shifted to a service economy since the eighties, with graphic designers and programmers flourishing here.