Most employed people have traditionally worked away from the home, whether in manual or office jobs; however, the huge advances in technology in recent years have meant that it is increasingly possible for many roles to be performed from the employee’s own home. 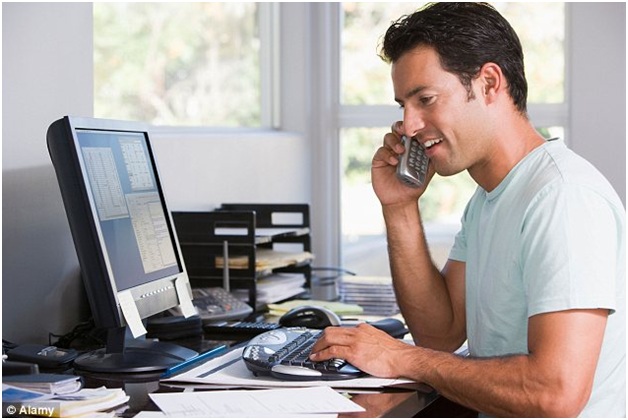 According to the Guardian record numbers of people now work from home. The proportion reached almost 14% of all those in work during the first three months of 2014 and this trend comes with several advantages for the individual worker and for society as a whole.

Working from home significantly reduces the environmental impact of commuting. According to a report by the Carbon Trust, home working allows businesses to cut costs and carbon emissions by reducing the amount of energy consumed in the office. Other benefits include a reduction in the pollution caused by the daily commute and a reduction in working space rental costs.

In addition to the wider effect on the environment as a whole, working from home offers benefits for the individual and for the employer. A reduction in commuting means that workers can make huge financial savings and enjoy a better work/life balance. Travelling to work can be stressful and tiring; therefore, removing the commute from the equation means that employees who work from home are generally happier and less stressed and can free up more time for themselves.

Employers are often wary of allowing people to work from home, as they lose the ability to micromanage their employees’ work and are often worried that people will not work as hard away from the watchful eye of their boss; however, the opposite is true and home workers are actually more productive than their workplace-based colleagues.

The explosion in home working means that more people are spending increasing amounts of time in their residence, which leads to a desire for the home environment to be as comfortable as possible.

The increase in home working can only be a good thing for the individual, the employer and the environment, making this a trend that should be encouraged.
Finding the right Job

If you are looking for the next new challenge, then rather than look yourself you could think about using the services of a recruitment agency in Belfast or other areas like http://www.lynnrecruitment.co.uk/home.asp?pid=203 who will have access to well suited jobs.